The first time I allowed a stranger to photograph me naked, I was unemployed, weighed 140 pounds, and had really bad hair.

I had just graduated from college and was living with my family until I figured out my next exit plan. I ended a fling with an ex whose entire romantic history with me basically involved us being each other’s rebounds. I got bored with black hair, bleached it to try out electric blue, got bored with that, dyed it back to black, and then realized I wanted platinum chunks. My hair had suffered so much chemical abuse in such a short amount it time, it was melting at the tips. And beer and bar foods were my favorite things to consume.

After auditioning for a burlesque troupe that decided to go on hiatus for a few years, I had been put in contact with a local staff photographer for Suicide Girls. Her name was Sawa Suicide. She was this heavily tattooed woman with pink hair. She was the lead singer for thrash-metal band Watch Me Burn. She made her living modeling, photographing nude models, and doing camera work for major motion pictures. She was the epitome of badass, and she was the person I was paired with to start my venture as a nude model.

I showed up to her photography studio in downtown Los Angeles. It was this total nondescript building in an industrial part of town where garbage rolled like tumbleweeds on the streets. Her soft voice greeted me through the speaker as I buzzed at the door to announce my arrival. Inside, there wasn’t a whole lot to look at. White paint over cinderblocks and concrete. A small loveseat in front of an empty office to my right, a loading dock to my left, and an empty office next to the door I just entered through. There was a narrow hallway ahead with doorways that emanated different colored lights. Sawa hugged me upon entering the building. She was the woman who filmed my audition for the burlesque troupe. She introduced me to her friend who was visiting from out of town. Her friend was a makeup artist in the film industry and had offered to help Sawa with makeup for her scheduled photoshoots. Another woman made her way out of one of the lit doorways. She was in her underwear and a very sheer top with no bra underneath. She was holding a pile of clothing in her arms, which she dropped in our pressence, and resumed a conversation with Sawa while she undressed and put on clothing that was on the floor. Everything seemed so casual and natural, but I could feel my body tense because I wasn’t sure I could be as comfortable fully naked like the woman who was changing in front of me appeared to be.

When the woman was fully dressed, she hugged Sawa and thanked her for her time. She walked over to me and the makeup artist and hugged us too on her way out. I don’t remember her name, but she seemed really friendly.

While my makeup was getting done, I got the chance to know Sawa and her friend pretty well. We talked about a lot of random things and as the time progressed, I could feel myself ease up. I felt like I was no longer in the presence of a stranger, but a friend.

My face felt heavy. I had never worn so much makeup in my life, and my reflection looked foreign to me. While I was no stranger to having my photo taken, I knew that my go-to faces would not look the same with all the makeup I was wearing. I quickly ran through my arsenal of standard faces and tried to take note. It was showtime.

I made my way to the lights. We were aiming for a simple photoshoot. No complex theme or decor that could possibly take away from me. It had been advised that especially for my first photoshoot, the focus should simple. The focus should be on me. The room was white and there was a black chair for me to pose on. My outfit was black, and my hair was supposed to be black and white, but under the lights, the black had more of a navy blue appearance. I moved around in ways that I felt gave off sex appeal, but it felt goofy, unnatural, and forced. I finally expressed this to Sawa and she talked me through my nerves. She said she felt the same way when she started and shared the tips that had worked for her over the years. The main bit of advice that I took from our conversation was fuck it. Don’t think about who might see the photos. Don’t think about what anybody else might think or say about my body. Have confidence in myself because no one else looks like me and embrace what I have while I’m young. I felt this weight lift off my shoulders. Getting naked shouldn’t be a chore. It should be fun. We shared a few laughs and resumed the photoshoot.

When we were done, I had completely forgotten that I was fully naked. I sat next to her and reviewed the photos on her camera. There was a significant shift in the quality of the photos after our little talk. That’s when I realized that a fuck it mentality goes a long way.

I gathered my things, thanked her for her time and made my way home.

Most people have nightmares about waking up in their underwear in front of a classroom. I had just consciously gotten fully naked in front of a camera where the final product would potentially be posted online for worldwide viewing. It felt fucking powerful.

A week later, Sawa emailed to notify me that Suicide Girls loved the photoshoot. We completed more paperwork and I was then able to create my profile as an official SG.

When the set was finally featured on the website and sample images were showcased on their various social media outlets, I marveled at how much people love to express their two cents, no matter how constructive or inappropriate they were. I was called fat by many people, a goddess by many others. I was called a common whore and told I should be embarrassed. Bear in mind, these were all comments that were left on one image that was posted on social media outlets and not on the actual photoshoot that had been posted on the website. This was that photo:

I learned that people who subscribed to Suicide Girls had a much greater understanding of the site and its intentions, and trolls would stick to the free-route and just follow the various social media outlets. I was not discouraged by the negativity. In fact, I grew more confident, felt I developed thicker skin, adapted a more care-free attitude. I became a very active model on the website, participating in dozens of photoshoots. I even taught myself how to use a camera and did photography work for the website. I would be invited to travel to various conventions throughout the Pacific Northwest. I would meet tons of amazing women from all over the world and maintain some of the best friendships I’ve ever experienced. I earned fans of my work, signed thousands of autographs, would take pictures with people who would sometimes tremble in my arms, had a few stalkers, and, as far as I know, have had my image tattooed on three people (located in the United States, United Kingdom, and New Zealand). My experiences with Suicide Girls have lead to an incredibly charmed life, and I would not change a goddamn thing about any of it.

Tiffany Scandal’s new audiobook Jigsaw Youth is out now everywhere and narrated by the author herself. Get it and weep. It’s amazing. 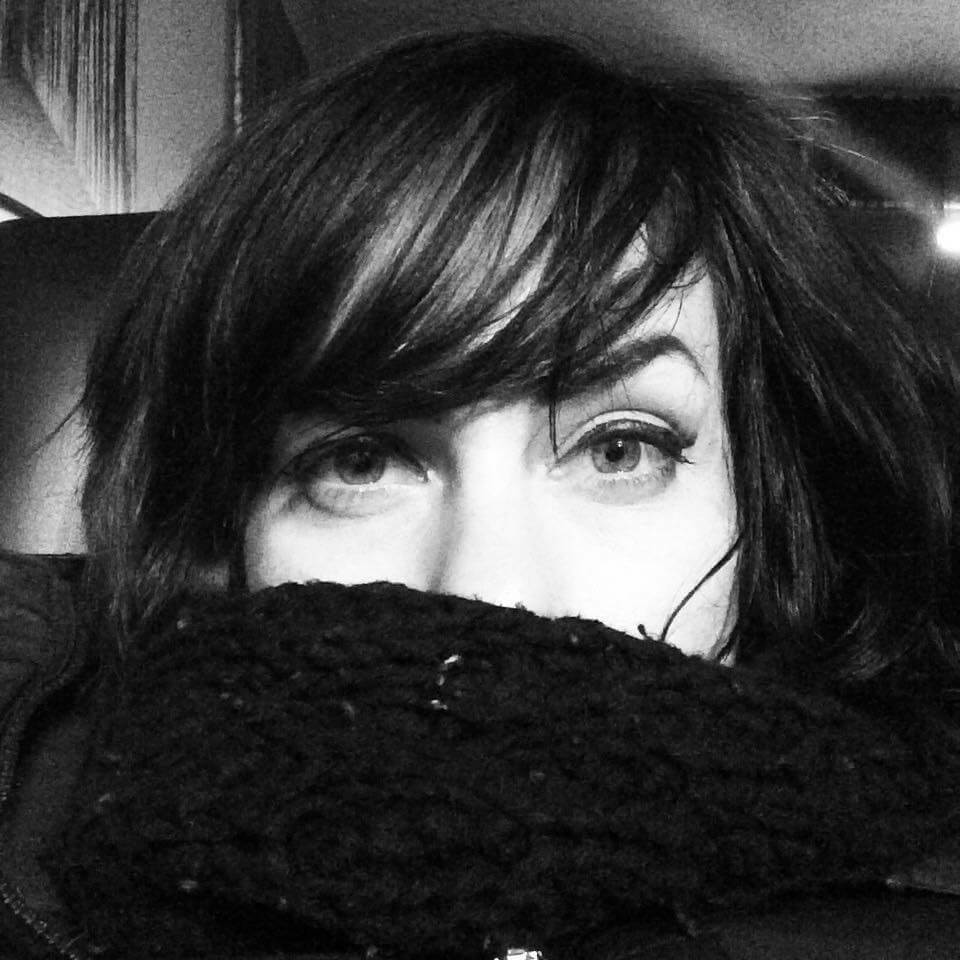 Tiffany Scandal
Tiffany Scandal is a good-for-nothing broad, writer, Suicide Girl, photographer and painter. Her Second book JIGSAW YOUTH (Ladybox Books) is out now and has earned her the acclaim of being "Lindsay Hunter's literary punk-rock sister" (The Next Best Book Club). Jigsaw Youth is now an audiobook from Talking Book.