Martha Cooley, the American author of Guesswork and The Archivist, reads “The Hole” from Malay Sketches by Alfian Sa’at—a father contemplates the loss of his son, who was sentenced to death by the state, when his identity card is voided and returned in the mail. Following the reading, Cooley eloquently discusses how the political and the personal come together here in both moving and disturbing ways. The Hole from Malay Sketches: Stories by Alfian Sa’at is published with permission from Gaudy Boy.

It was a little after I had my lunch when I heard the knock at the door. When I opened it, a polite man greeted me and passed me an envelope. Please collect the body within 24 hours, or it will be buried by the state. There was no room for shock. The whole week I had prepared myself for this. I did not let my hands tremble as I accepted the envelope. I told myself I was receiving something that was weightless.

The man left earlier than I expected. I did not like the idea that he felt it was only proper to leave me to grieve in private. He did not understand that there was no grief. My son and I had not spoken to each other for many years. Unlike his mother, I had refused to visit him in prison. I would have opened the envelope right in front of the man if he had stayed. I would have done it calmly, and when I am done, I will look at him straight in the eyes and say thank you.

But the man would be mistaken if he had thought my actions were calm. Because calmness meant that I was placing my feelings under control. But as I have said, I had no feelings anymore. It was not calmness, but numbness. Very early on I had decided that everything that was happening was a result of fate. It was fate that would hold my son like a puppet from a rope, and it was also fate that would move my hands, also like a puppet, to tear the edge of an envelope.

Inside the envelope was a letter. There was also my son’s pink identity card. I put the letter to one side and stared hard at the I/C. So this was what a dead man looked like. There were shadows under his eyes. There was something far away in his expression, a face not prepared for the snap of the camera.

There was his name.

My name also. Separated from his by the word ‘Bin’.

On the back, his I/C number.

But what absorbed me the most was a little hole that had been punched in his I/C. It was there to say that the I/C could no longer be used. To show someone an I/C like this, you would have to place your finger and thumb over the hole, praying that nobody would notice that you were holding something that had been damaged.

I suddenly saw my son holding the I/C this way, trying to pass himself off as someone who was still alive. It was just the sort of lying thing that I could expect from him. I imagined him doing it with that crooked smile on his face, the smile he always used to convince us that he would change, that he was listening, that everything would turn out all right. And I became angry.

My anger turned towards the person who had punched the hole. I had seen the way a credit card is destroyed, with a big pair of scissors slicing it into two halves. Why couldn’t they do the same with this I/C? Why this clean, straightforward hole? I felt my anger burn, like a droplet of acid, first on my skin, through the flesh, right into my bones.

My son was no more. I saw a series of circles, perfect circles…the outline of a playground, the stone table under our block, the noose tightening around his neck, the shape of his mouth when he was still a baby, shrinking to the size of the hole. It was an opening through which I felt my body leaking, drop by drop, until the day I join my son on the other side.

A hijab-wearing schoolgirl who refuses to shake the president’s hand. A woman who joins a dating website for “East-West” connections and meets a Muslim French-Canadian man in her Arabic language class. The hantu tetek—a ghost who kills children by squeezing their heads between her breasts. A Malay doctor embarrassed by his Malay patient’s teen pregnancy. A sleeping boy on the bus who awakens a sudden feeling of tenderness in a lonely stranger. Precise yet universal, grounded yet probing, Malay Sketches gives us a prismatic window into the doubly minoritized Malay-Muslim community in Singapore. Strongly local and subtly universal, Alfian’s writing represents the fresh perspective of modern Muslim Asia and introduces Alfian Sa’at as a major contemporary author of searing insight, new perspective, and poetic grace to American readers for the first time. 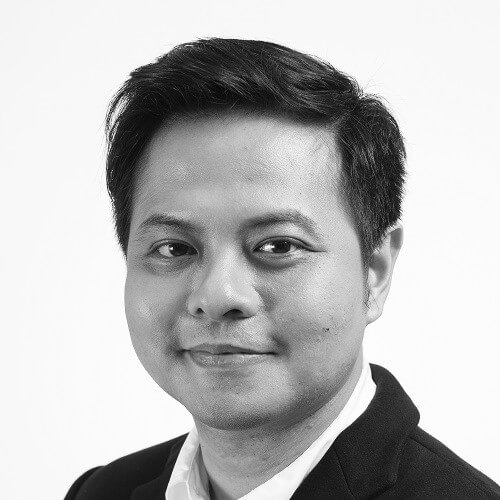 Alfian Sa'at (story) & Martha Cooley (reading)
Alfian Sa’at is a Singaporean author, playwright, poet, and translator. He has written more than thirty plays in English and Malay that have been read and performed in Singapore, Kuala Lumpur, London, Berlin, Hamburg, Zurich, Munich, Copenhagen, and Stockholm. He is the author of the short story collection Corridor and the poetry collections One Fierce Hour, A History of Amnesia, and The Invisible Manuscript. His awards include the National Arts Council Young Artist Award for Literature, the Golden Point Award for poetry, and three Life! Theatre Awards for Best Original Script. Malay Sketches is the first of his work to be available in the US. Martha Cooley is the author of Guesswork: A Reckoning With Loss, published by Catapult in April 2017. Martha is one of the recipients of the 2017 O. Henry Prize for her short story “Mercedes Benz.” This year’s volume of the O. Henry Prize Stories can be seen here with additional information about the prize and its recipients.