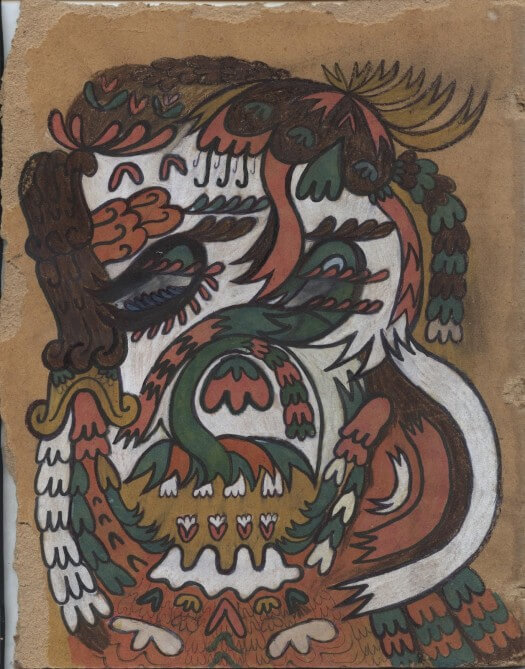 In our culture of crumbsnatching, very few have any spirit. You’re not one of them. Maybe you smoke cigarettes and are revered for such reckless action! And, in the well-lit neighborhoods of men who look like effeminate pilgrims/scruffy yuppies, it’s deserved.

But you’re no outlaw.

You escape into social media to feed the ego and avoid any dissenting interaction.

You’re addicted to vapidity and reassurance.

You’ve never had a genuine opinion and enjoy a personality comprised of a Netflix queue.

Your ‘circle of friends’ is a herd of similar looking/thinking weak-minded creatures that share a common fear: being alone.

You’re a chill audience member in a whimsical sitcom called ‘my abysmal life’.

(Don’t forget to laugh at the specified moments or you’ll be judged!)

It’s okay; I recognize your failure. I know you need help. I’m here to assuage the perpetual feeling of mild anxiety that haunts you.

I’ll explain everything, little one.

Sam knows you lack the self-awareness to realize when you’re being laughingly mocked.

And he’s absolutely guffawing at your trite existence.

There isn’t anything funny about it.

It’s one hand pointing at your moronic face and the other posed in a downturned thumb.

But you’re too shallow to recognize it.

And too afraid to acknowledge anything.

And too chickenshit to be angry.

And too selfish to change.

An ‘Intelligentsia’ coffee shop opened near my apartment recently and I decided to find out more about it. My great-great grandfather had warned me about them. I remember he took me on his knee one day when I was but four and he said, ‘Nah listen here boy, when the ‘telligentsia comes to your neighborhood, you’re fucked. Shit’s going to blow.’

So it was with a heavy heart that I recalled his words upon seeing the establishment of an Intelligentsia in my neighborhood. But, such was the case. I decided to discover more about the enemy. I present to you now, my findings upon first visit, thanking whatever faceless god of self-interest protected me from the vultures, the savages. That you may steel yourself against such a likelihood.

Because it’s going to happen.

Intelligentsia is Latin for, ‘Den of buttholes.’ It was established in 1834 by Ulysses F. Simpkins in Brooklyn or maybe LA when he noticed that it was hard to find a place to sit there with your Macbook Apple Product looking at Facebook while calling yourself an artist. He traded in a few horses for an elaborate coffee making machine where you pour water over coffee grounds in a buffalo skull full of flowers. He opened the first Intelligentsia in a Sioux neighborhood that was cheap to buy/rent in and soon enough all the Natives were pushed out to make room for furniture shops, sushi restaurants, frozen yogurt places, and trendy fitness clubs.

Intelligentsia was born. The buttholes had their den.

Needless to say, when I first saw the Intelligentsia in my neighborhood I was scared. I passed by it countless times, just staring in. Like, what the fuck. But I knew I had to to go in one day. I knew I had to meet the enemy.

However, never could I have know how ill-prepared I was…

What first struck me, aside from the unshakeable feeling of numb embarrassment, was a general look of quiet confusion among the natives. Just, a loosely knit den of confused buttholes. Everyone seemed very confused. I feared them less and less but also somehow more and more with this realization.

Secondly, I noticed their apparel. I found myself an obvious interloper, my cum-stained jeans and inside out hoodie clashed with the natives’ dress. Also, everyone seemed to comb their hair, leaving me very self-conscious about the entirety of the sides/back of my head sticking up. But I digress.

The clothing of the males seemed to attempt to recreate a ventriloquist dummy. What invisible hand of evil controlleth you, fiend! I thought. Alternative looks for males included, ‘wannabe bob dylan/1800s train robber’ and ‘sitcom dad.’ I was unfamiliar with how I should treat such a creature, as fellow being or toy? All beards seemed to be carefully maintained as well, leaving me to believe that, unlike mine, if one were to run their hand through it, no crumbs would fall out. Not a single crumb. Very curious. All very curious.

The females appeared to be dressed to host a poetry reading or teach an art class. I would trust them for short periods of time with my children, yes. I would trust them to know amply about astrology and healing crystals also, yes. Alternative looks for the females included, ’50s housewife/biker’ and ‘am I goth?’ and ‘just got done with yoga.’

Also, everyone seemed to tie their shoes (Seemed like a lifestyle thing, but I digress).

The music also seemed part of the lifestyle. The music can only be described as whining over a generic ‘indie’ guitar melody. Like someone bitching about high school in their 30s with shitty drumming. The music, as well as much of what I could perceive, seemed to be aimed at affirming a certain precious/depressed/infantile aura, with which the natives were not only familiar, but also of which they were totally approving. I felt disconnected from the natives as if being in a mannequin cluttered mall after closing.

The behavior of the natives seemed to run along two lines: either passive aggressive politeness, or bitching about something trivial in their lives to their companion. I noticed this especially among the native females, who seemed to mostly gather in small groups in an attempt to hash out trifling disagreements between a mutual friend. The males gathered in similar groups to trifle about genres of music or film, as well as hash out petty disagreements between mutual friends, sometimes occurring entirely on Facebook. A select few were discussing what I assumed to be their jobs, but also seemed like descriptions of some kind of ‘robotic ant-brained slave toy’. The remaining seemed mostly occupied with sleek and expensive computers, capable of producing nearly anything, yet mainly used for looking at Facebook and being a butthole.

After roughly 15 minutes, I simply had to escape. I also had to take a shit. For both, I chose the bathroom. I have provided pictures to enable a better account. It was the only place I could safely take pictures without being detected by the enemy and passively disapproved of. Luckily, I knew there’d be no confrontation (for the natives cherished, above all else, a sense of being ‘chilled out’ or, in their parlance, ‘chill’ no matter what was occurring). But I digress.

The décor of the bathroom can only be described as ‘a fashionable bomb shelter for failed art students.’ Here were see depictions of odd creatures–perhaps their gods, I’m not sure. It seems better not to know. I really don’t want to know. But one can easily detect the whimsical self-aware cuteness of such a gesture. Like a spoiled ten year old taunting you while you’re shitting.

In this next picture, we see the toilet. A common apparatus, yes, but one still couldn’t help but feel it was slightly somehow, just somehow, more annoying. But I digress.

Next to the toilet we see a series of metallic rails. The purpose of these rails was lost on me but rest assured, ideal for banging your head against and/or using to pull yourself face-first into the wall.

In this picture, we see a device attached to the wall. It is a metallic box apparatus with an exhaust of some kind. When spurned, it begins to blow out hot air, the purpose of which seemed lost on me but, rest assured, ideal to warm up your genitals.

Lastly, we see an apparatus that folds out from the wall, with seatbelts and instructions of some kind written above it. I am sorry to say that it made for a VERY difficult nap.

The whole ordeal had me depressed. Before exiting the bathroom, I stared at myself in the mirror. How could I go back out? I couldn’t. No but I had to. ‘Fuck’ I said, out loud, a prayer.

I walked out, navigating the natives. I sat down among them, my vitality at a very low level. It seemed as though I suddenly cared about different things, like buying expensive ‘rugged outdoor wear’ or eating frozen yogurt and going to yoga with the girls or art school or trendy novels or gossip or an entity called ‘the conversation’ about which two natives were talking in relation to the ‘art world’, etc.

A woman going back and forth for napkins and other things kept complaining, to herself, her spoiled asshole kid and then eventually me when she saw I was looking at her horrified, choosing to step over and stumble over the same backpack on the ground, rather than asking the guy to move it.

Was this ‘the conversation?’

I say to you, with no shit.

However, even at my lowest point, I was still able to function around the natives. Truly, it almost seemed ok to be little more than a person rapidly consuming things and not really paying attention. I couldn’t help but envision a tiny pile of jelly with expensive glasses on fitting in and being productive/well-liked in the environment. I couldn’t help but feel like I’d become that little pile of jelly. Nevertheless, I had to remove myself from the situation (‘the conversation’) and return to my apartment. I navigated through the remaining natives, who were talking about their child ‘Madison”s first day at some school. Along the wall there were some artifacts like shirts, mugs, and other arcane devices with the company’s logo on it– things were blurry at that point, I don’t know. I barely made it home. My findings are, admittedly, as yet, unfinished. But I urge you, fair reader, to beware when Intelligentsia comes to your home. I warn you!