No more docks, no more mills.
He walks the landmark blocks
trying to name the sad old bug
so deep up his ass.

On the dark river, the lit tug boats
really could be birthday cakes.
Up by the light and the people,
he buys a newspaper.

But the news is all bad.
Somewhere along the line,
the kings and queens of the Earth,
got it into their sweet little heads
to degrade themselves beyond salvage.
And that’s just the entertainment section.

The rest of the paper says there’s
nothing to look forward to and nothing to dread—
two thousand more years
of the blind girl getting raped on the subway.

From the sidewalk, he calls a childhood friend
to ask what it’s like to not be a sociopath.
But Spill-O gets the answering machine,
which regards him as something less than a stranger.

After Spill-O’s last breath,
they called out to him:
“Batter Up!”

Between one world and another,
discomfort is the nature and the nurture
of things.

But before too long,
even even hell boils over
into giddiness.

The next day, his pockets are full
of summonses and human teeth.
His friends can’t stop laughing and neither can he.

Spill-O knows he’s due for a very long talk
with the crabs on the harbor floor.
If this ain’t fun, he’s done for.

Morning comes on hard.
Beguiled and disguised, he persists
in his political and sexual aspirations.

The courts and the losers
will call again later in the day.
And Spill-O would gladly plead half-guilty.
But they always go after the wrong half. 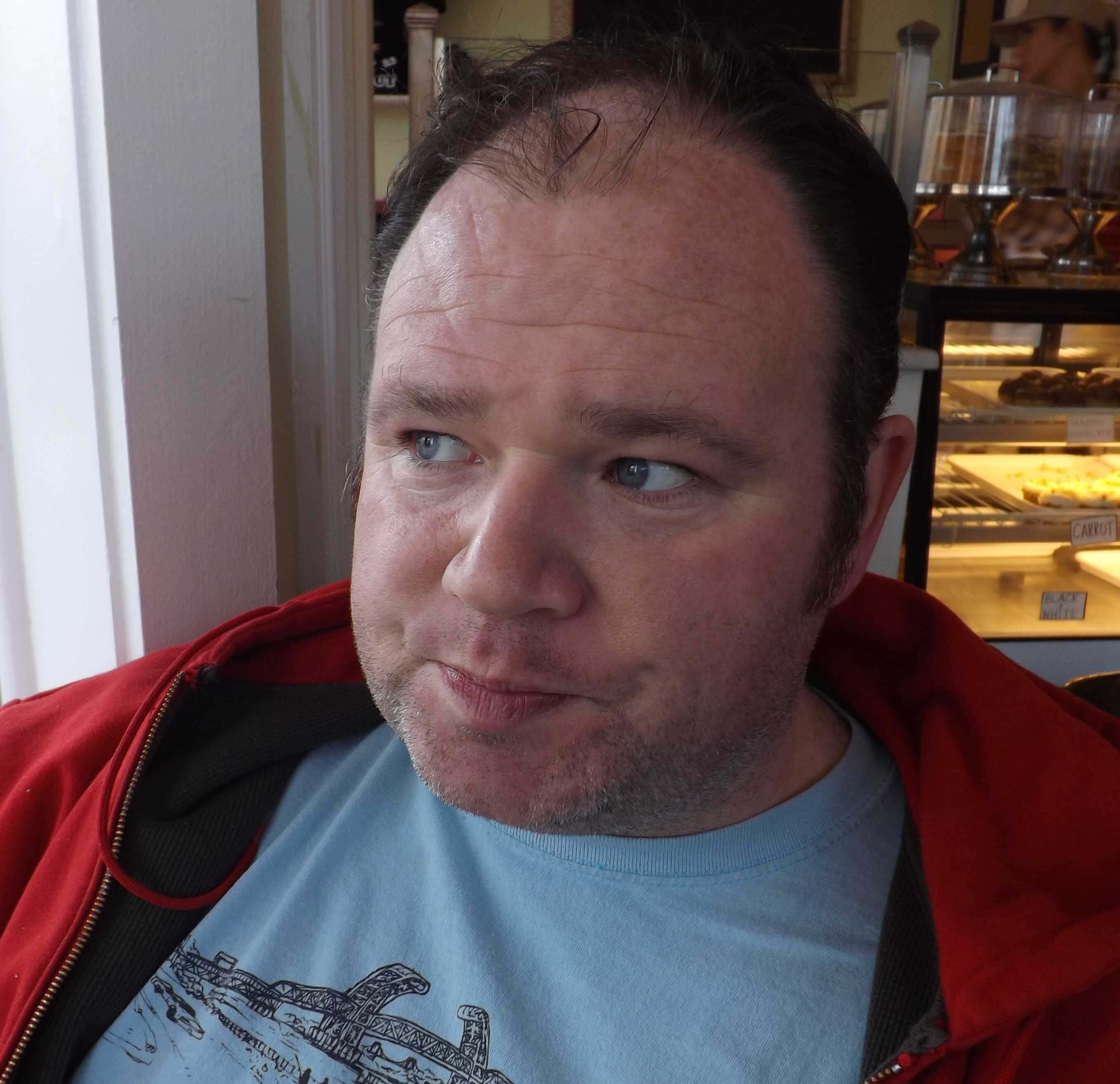 Colin Dodds
Colin Dodds is the author of Another Broken Wizard, WINDFALL and The Last Bad Job, which Norman Mailer touted as showing “something that very few writers have; a species of inner talent that owes very little to other people.” His writing has appeared in more than two hundred publications, and been nominated for the Pushcart Prize and the Best of the Net Anthology. Poet and songwriter David Berman (Silver Jews, Actual Air) said of Dodds’ work: “These are very good poems. For moments I could even feel the old feelings when I read them.” Colin’s book-length poem That Happy Captive was a finalist for the Trio House Press Louise Bogan Award as well as the 42 Miles Press Poetry Award in 2015. And his screenplay, Refreshment, was named a semi-finalist in the 2010 American Zoetrope Contest. Colin lives in Brooklyn, New York, with his wife and daughter. See more of his work at thecolindodds.com.