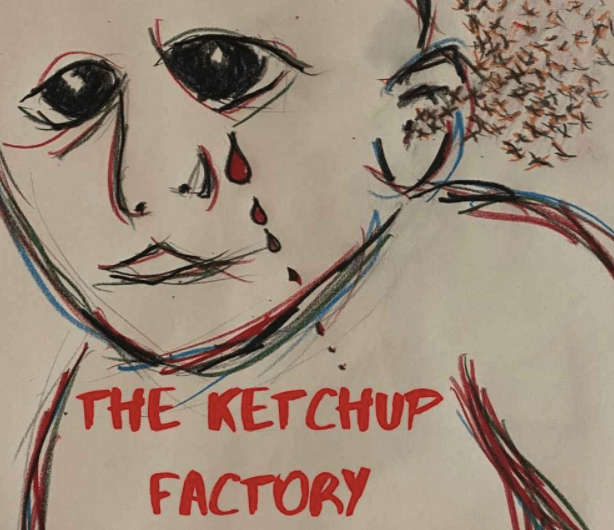 Reading by JP Vallières, with music by Lucas Carroll

After the parade was finished, Benji went home. When he walked into his apartment, he found his squirrel sleeping on the cat’s head.

The cat was asleep, too. That cat was always asleep.

Benji bent down and with his finger gave the squirrel one gentle pet on its fluffy tail. And then he petted the cat, to make things even.

B2 rubbed his side against Benji’s leg, and whimpered, wagging his tail.

Benji filled the pets’ bowls with water and food. He sat on the couch and thought about Michelle Warner. Now known as Michelle LaFeuvre. She looked great, he thought. She looked like a million bucks. But she never liked me as much as I liked her. That’s how it goes with me and the ladies.

The notepad on the coffee table was open. The pencil beside it was still sharp. He decided to take some time and write a letter.

I was fortunate enough to catch you on the boobtube. You were riding on the ketchup factory’s float. It’s a wonderful float. A float that’s worth painting, that’s for dang sure! Anyway, your name’s LaFeuvre now. That’s new. I prefer Warner. I miss you, actually. I miss talking to you.

I have this recurring dream where we find ourselves back at the spring fling, slow dancing to the music. Everyone’s there and we’re all smiling at each other like idiots. We don’t know how dumb we are, and I’d like to think, if we did, we wouldn’t care. Why not be young again, in the gymnasium, slow dancing and smiling?

In the dream I ask you if it’s okay for me to lift you up. I always had this weird thing about wanting to lift you up so everyone could see you. People didn’t know you. You were like a shadow in the halls racing to the art room. I could see you, but no one else could. If they could see you, they would have known what it all meant. How other kids think and dream and paint. They wouldn’t have been so into football and potato chips. Or maybe they would, but in a different more deep way? Of course, I was never deep or anything, but I loved to catch you out of the corner of my eye. The way you held the paint brush reminded me of the way a warrior in a book holds its sword. Like you were going to save us all with that brush, and if the enemy got in your way, you’d use the sharp end to bludgeon of the torment and terror.

I’d like to shake LaFeuvre’s hand and see what he’s made of. Maybe give him a ride on the conveyor belt at the ketchup factory and watch him get squeezed into a bottle.

Back to the dream. You agreed to allow me to lift you. They say, lift with your legs. I have always had pretty strong legs, but in my dreams they’re like super powerful. I squatted, placed my hands under your ribcage, and began to lift. The problem in each recurring dream is that I am too strong, or you are too light. Hard to tell.

As soon as I lift you off the gym floor you begin to float high. Instead of me trying to lift you all the way to my full extension, I have to cling to YOU. Some other unseen force takes you, giving you powers of flight. At first, I cling to your hips, trying the best I could to hug you tight.

Soon my feet are off the gym floor, and everyone was looking at us. The more people who notice you the faster the upward acceleration lifts us. You are laughing, having a blast. You pat my head and say, ‘Benji, Isn’t this what you wanted? Didn’t you want everyone to see me?’

Somehow we break through into the night’s starry sky. By this point I am barely hanging onto your ankle. You had strong ankles, too.

But my arms were tired. And when we land on the North Star (there was a welcoming sign: Congratulations! You’ve Made it to the North Star!), we stand staring at the gaseous flames whirling around our feet.

‘No, not this time. Maybe we’ll meet again.’

‘Where are you off to from here?’ I ask.

‘Wherever the people take me.’

‘They saw me, now I have to go where I belong. The universe is infinite.’

After the word “infinite” I wake up in a cold cold sweat.

Benji read over his letter for revisions, folded it four times, and then placed it in his underwear drawer on top of the ever-growing stack of letters to Michelle Warner (now LeFeuvre). He thought they were all pretty stupid. What the heck kind of guy wrote letters to a person who most likely had forgotten he existed? Benji walked over to the sleeping cat. The squirrel must have woken and was probably somewhere in the walls nibbling on a walnut. She kept her stash in the walls. It was okay with Benji. He liked hearing the little rodent scurry up and down and all over, zipping through the walls like some spazzy thing.

B2 got in front of Benji blocking his way to the kitchen.

B2 barked and wagged his tail nervously.

“Yeah, you got something to say?”

B2 went up on his hind legs and propped his front paws on the edge of the counter. And with his snout nudged the pencil box, and nudged it some more until all the pencils fell onto the floor. Then B2 picked up a pencil with his teeth and held it out to Benji, his tail still wagging.

“Boy,” said Benji. “I’m all out of words. My letters to Michelle LeFeuvre are pathetic and useless.”

B2 barked, the pencil dropping on Benji’s shoe.

“If I write one more letter will you leave me alone?”

B2 barked twice more, his tail now thumping the carpet.

Benji sat back down on the couch and put a clean sheet of paper on the coffee table. He began to write. Another letter to Michelle Warner LeFeuvre.

“Actually, this one’s going to be a note. A simple note. Maybe this will be my last note.”

You’re married. I’m not. Does that mean you won? Not sure what the competition is, exactly, but I have a feeling your life is something special. An artist. Living in the city. A French last name. I’m still me. I can’t imagine I’ll ever be anything BUT me.

He folded the letter, put it in an envelope, and sealed it shut.

What was there to do now? Would it matter one way or the other if he simply slotted it in the mail and walked away? Why not?

Benji wrote his return address in the upper left-hand corner. Just like his mother taught him. In the middle he wrote in a shaky hand:

To: Michelle “LeFeuvre”
The Painter
The City

Get the book here! 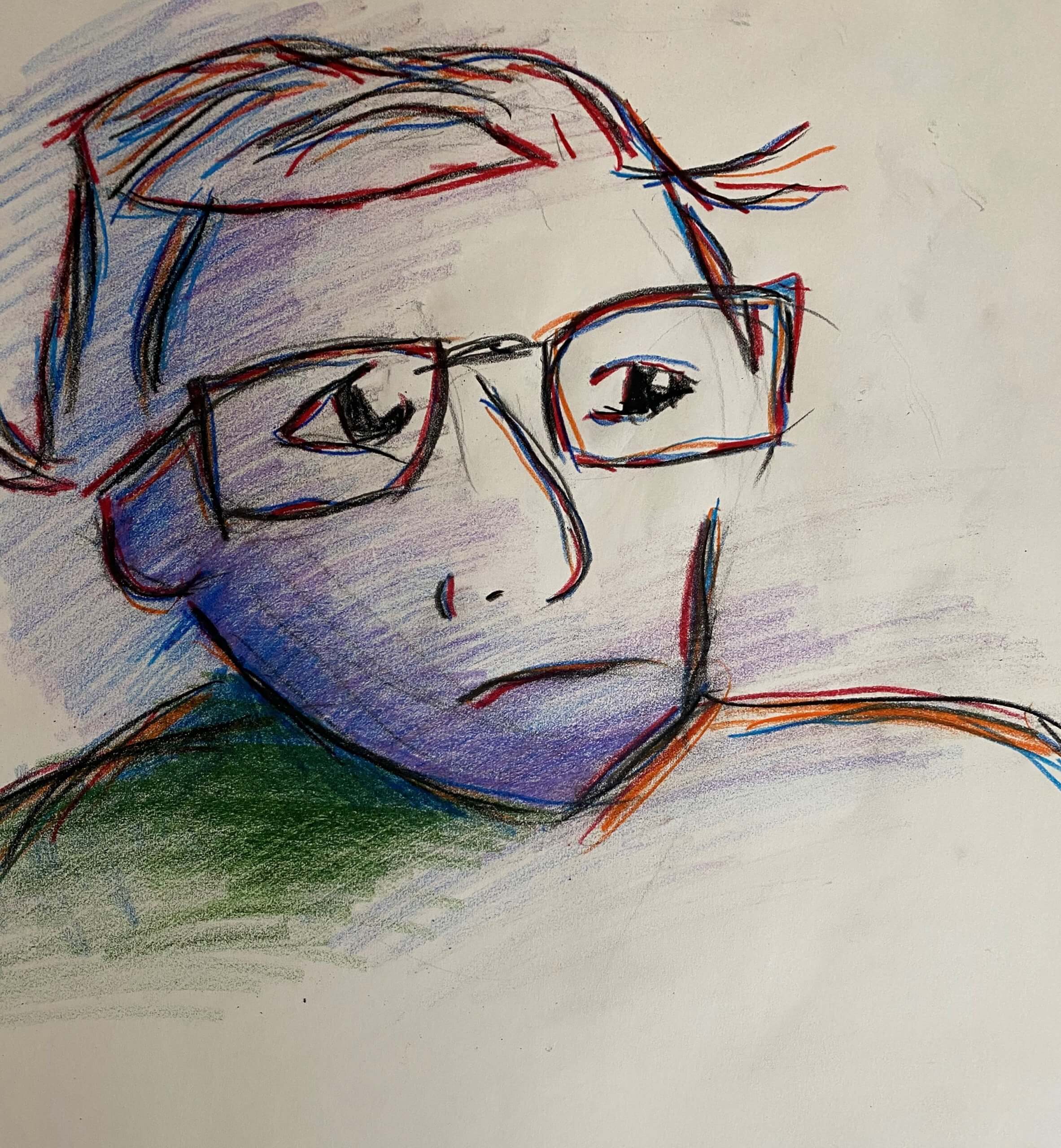 JP Vallières is from the Village of Adams. Check out JP's Sketchbook and publishing updates at jpvallieres.com.

This entry was posted in Uncategorized and tagged JP Vallières, ketchup, sweet. Bookmark the permalink.