Tales of Falling and Flying by the great Ben Loory (and narrated by Andy Harrington) is alive and well and living in audio! In stories that eschew literary realism, Loory’s characters demonstrate richly imagined and surprising perspectives, whether they be dragons or swordsmen, star-crossed lovers or long-lost twins, restaurateurs dreaming of Paris or cephalopods fixated on space travel.

A man wakes up one morning to find that both his feet are missing.

What on earth? he says.

He looks down at the stumps. He reaches out and touches them—they’re not sore.

Hmm, he says. Well, I guess I should get to work. He rises awkwardly from the bed.
Suddenly, he starts to laugh.
Guess I don’t have to worry about shoes, he says.

At work, no one seems to notice the difference. The man hobbles about uneasily. It is hard to balance on just his stumps, but he manages to carry out his duties.

At the end of the day, the man feels strangely proud.

Best day’s work I ever did, he says. Absolutely, no doubt about it.

He stumps on home and goes to bed.

The next morning, the man wakes up and he has no legs. This is gonna be harder, he says.

He lies there, trying to think of a plan of action. Guess I’ll walk on my hands, he finally says.

The man tests it out in the living room. It works, but his palms start to hurt.

Guess I’ll have to wear gloves, he says. Luckily, he finds some in a drawer.

Did you lose some weight? people say at work. You look different somehow.

No, says the man, who is upside down. Though in a way, he says, I guess I did.

Once again, the man does a good day’s work. The only real difficulty he encounters is that he has to put the gloves on to go anyplace, and then take them off again to actually work. And as his job requires him to do both these things, it is rather an inconvenience.

But what can you do? the man says to himself. I guess this is just how it is.

The next day, the man wakes up and he’s a head. Just a head; that’s all he is. He tries to crane his neck to look down at himself, but he has no neck, so he can’t do it.

So instead he simply lies there, a head on the pillow, and stares straight up at the ceiling.

Well, here we are, the man thinks to himself. And, well, there’s the ceiling.

The phone rings at about nine fifteen.
That’s probably work, the man thinks.
He feels bad about not picking up. But what can he do? He’s just a head.

At about nine thirty, the phone rings again. The man looks at it on the nightstand and frowns.
I’m indisposed! he yells to it loudly.
But it keeps ringing again and again.
Dammit, the man thinks. It’s hard to just lie here with all that incessant noise.

He rocks a little bit and tumbles off the bed.
The phone falls as he knocks into the nightstand. Hello? the man says into the receiver. I’m sick, so this better be good.
Help! says a voice. Help me! I’m trapped!
What? Who is this? the man says.
It’s me! says the voice. It’s me, you moron! Please, you have to get me out of here!
The voice sounds familiar.
Out of where? says the man.
But there’s no answer, just a horrible strangling sound.

Oh my god, says the man.

He looks to the door. He rolls over and bangs his head against it. But the door is locked, and he can’t reach the knob.

Then he notices the crack that runs beneath it.
If I could only squeeze through that crack, the man thinks. And he tries to flatten himself.
He strains really hard and then suddenly—poof! He’s under the door—all spirit, no head.

The man ies down the hallway—he’s a thing of the air! I never knew it could be like this! he thinks.
He zips out the door and o down the street.
I’m coming, I’m coming! he thinks.

The man zooms across town. He sees the world as he goes—everyone going this way and that. The sun is shining and there are birds in the air.

Up ahead is the office. He flies inside.

And once inside, there he is, sitting behind a desk—in a gray suit, perfectly still. He still holds the telephone clenched in one fist. He looks awful—zombified and pale.

Hang on! the man thinks, and he slips inside. Move your muscles! he thinks. You can do this!
He reaches out and jots Go Dancing! on the calendar. Then he rolls his sleeves up and does business.

Go get the book!

“Short stories so imaginative — and yet so perplexingly familiar — they could have formed in a dream. . . . Taut, meticulously balanced and written in Loory’s direct, witty prose, his own stories take a page from Aesop: high-flying tales nonetheless boiled down to the essentials.” —The Los Angeles Times “The stories in Tales of Falling and Flying are mesmerizing and magical, and Loory has a boundless imagination. He’s also a deeply compassionate author — the world he’s envisioned with this book is one that rewards kindness and inclusivity. It’s a stunning book that’s perfect for oddballs, outcasts or, really, anyone who wants to escape to another, better world, if only for a few hours.” —Michael Schaub, npr.org 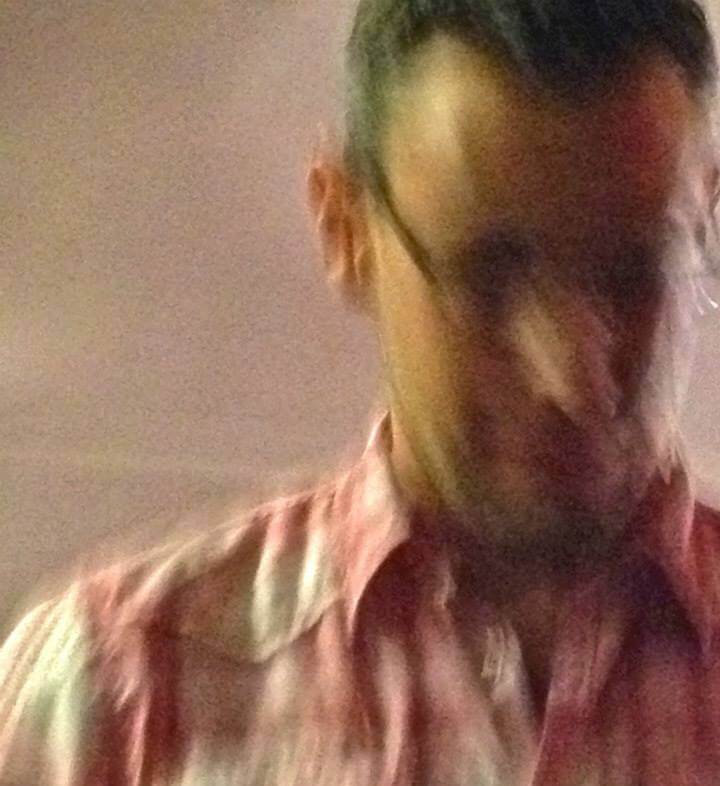 Ben Loory
Ben Loory is the author of the collection Stories for Nighttime and Some for the Day, and a picture book for children, The Baseball Player and the Walrus. His fables and tales have appeared in The New Yorker and on This American Life and Selected Shorts. He lives in Los Angeles, California, where he is an instructor for the UCLA Extension Writers’ Program.