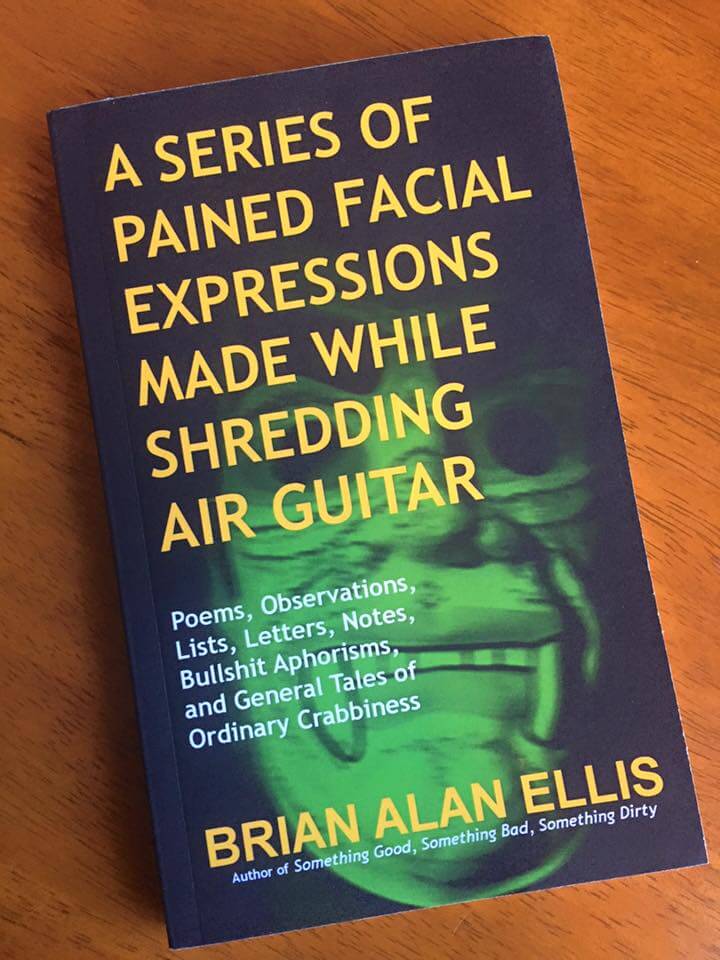 And I said I’d meet them in there ’cause I had to piss and after I peed I walked into the wrong theater, which was packed, and I obviously couldn’t find my buddies so I sat somewhere in the back and didn’t realize the movie was already ~45 minutes in so when it ended I thought, Man that was a horrible, horrible movie, but at least it was short, and then afterwards, when my buddies didn’t come out of the theater, I realized what had happened so I snuck into a screening of The Lost World, also ~45 minutes in, and I hated that movie too, and though the Batman movies eventually got a lot better, the Jurassic Park movies only got worse, and my life was/is whatever

Brian Alan Ellis
Brian Alan Ellis co-edits the literary journal Tables Without Chairs (with Bud Smith), and is the author of several stupid-ass books. His writing has appeared at Juked, Monkeybicycle, Hobart, DOGZPLOT, Connotation Press, Vol. 1 Brooklyn, Diverse Voices Quarterly, Hypertext, Out of the Gutter, Literary Orphans, Heavy Feather Review, jmww, The Next Best Book Blog, Revolution John, Lost in Thought, Electric Literature, People Holding, and Atticus Review, among other places. He lives in Tallahassee, Florida, and is currently coaxing his psychic terror to grow a beard and then stand triumphantly atop a snowy Russian mountain à la the pivotal training montage from Rocky IV.