After plans go belly up,

a heartbroken man forces himself

where he must reconnect with his once

when they nap together, or even when

they listen to the music of Oasis together.

that Janet Maslin of The New York Times calls,

We now return you to your regularly scheduled program: Sad, Poor, Borderline Invisible, and Barely Functioning

to an exotic place I’ve never heard of,

to the same city where

before avenging his crippled brother

in the movie Kickboxer.

I travel how Greta Gerwig travels,

in the movie Frances Ha

& then morosely sits outside of a cafe while texting

& then almost immediately flies back home,

except I can’t afford to go to France

but some things are worth the gamble,

so always slam your Pogs out on the table

and never give up, whether it’s trying to

woo someone into falling in love with you

or it’s you trying to become

I may or may not self-identify as

off of a car that the owner is too lazy

&/or broke to fix

is what my kid would say

if I actually had one

to claim my Domino’s “pizza points,”

mainly because I feel self-destructive behavior

should not be rewarded,

but I just asked this half-eaten, dust-covered

on my bedroom floor 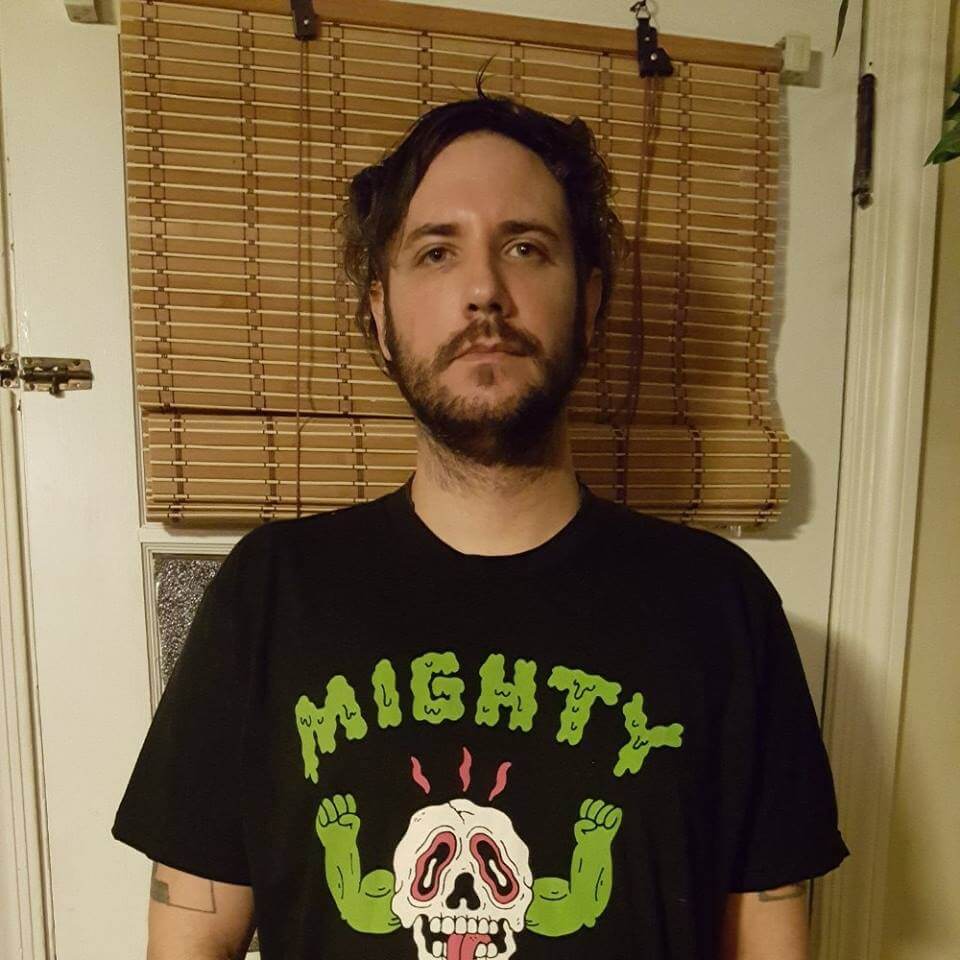 Brian Alan Ellis
BRIAN ALAN ELLIS is the author of several books, including Sad Laughter (Civil Coping Mechanisms, 2018). His writing has appeared at Juked, Hobart, Fanzine, Monkeybicycle, Electric Literature, Vol. 1 Brooklyn, Funhouse, Heavy Feather Review, Yes Poetry and Queen Mob’s Tea House, among other places. When not tweeting sad and clever things at both @brianalanellis and @HouseofVlad, he tries coaxing his psychic terror to grow a beard so that the beard can stand triumphantly atop a snowy Russian mountain à la the pivotal training montage from Rocky IV.