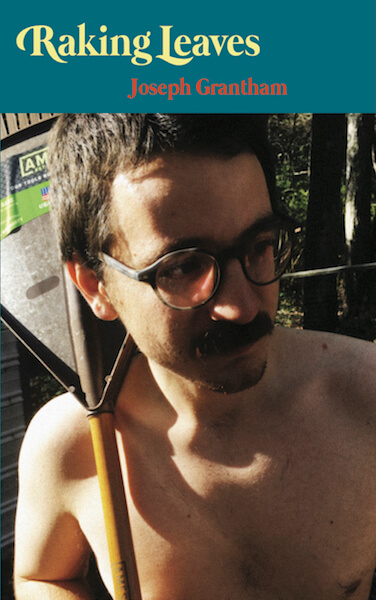 Please enjoy this reading by the American writer Joseph Grantham. Raking Leaves is his second book of poetry and was published by the great folks at Holler Presents. Listen to the episode and read the story below. You can buy Raking Leaves for that special someone right here. Happy holidays and get raking!

He can’t write stories anymore. He writes poems. Short poems. He publishes two short books of poems. People think his poems are funny. They think he thinks his poems are funny. They think he thinks he’s funny. He likes his poems and he likes his books but he’s worried that he’s not doing what he’s supposed to be doing. Sometimes, late at night, he reads his books of poems and decides whether or not they are good. Some nights they are good. Some nights they are not. He doesn’t want to do anything that he wants to do and he wants to do everything that he doesn’t want to do. A little over a year ago he ran over an elderly woman who was crossing the street at night. He was driving his girlfriend’s Hyundai. It was dark. He was living in a small town and there weren’t any street lights and he could hardly see her until she rolled off the windshield. She wore a nightgown. He thinks she must’ve been lost, wandering away from the nursing home. He never looked back. He read about her in the newspaper a few days after he left her in the road. He knows her name. It’s the only thing he thinks about on a daily basis. That was when he worked at a pharmacy. He started off as a cashier, but then they wanted him to count pills. He counted pills. They gave him a fifty-cent raise. He quit his job and moved to a city. Before he moved, his customers at the pharmacy told him it was a dangerous city. He lives in an apartment. He has a fire escape. He stands in the bathroom and looks out the bathroom window. He can see into another apartment across the street. He sees a bookshelf but he can’t make out any of the titles. He looks in the mirror above the sink. He takes a pair of tweezers out of the medicine cabinet and finds a hair on his cheek that is higher up on his cheek than any of the other hairs on his cheek. He plucks the hair. The hair sticks to the end of the tweezers and he pinches it off with a forefinger and thumb and examines it. It’s a short black hair. He can’t fall asleep. He stays up too late and wakes up too early. He doesn’t think he’s funny. He doesn’t think anyone is funny. He can do a handstand but he never has a good excuse to do one. He reads in bed before he turns out the light. He reads a story by Isaac Babel about a library. It’s called “The Public Library.” The next morning he walks to the nearest public library. He wants to write about the people he sees. He sees a woman behind a desk and a man looking at the DVDs. He wants to write about all of the people. Even the small dog. But he doesn’t want to write the same story Isaac Babel wrote because it wouldn’t be fair to Isaac Babel. He goes home and he doesn’t write a story. He doesn’t write. He remembers he is hungry. He leaves his apartment. He walks to the market around the corner. He orders a sandwich from the deli in the back of the market. It’s the fourth time he’s ordered a sandwich from the deli in the back of the market. He brings the sandwich home with him. He sits at his kitchen table and eats the sandwich. The first three sandwiches he ate from the deli around the corner were not good sandwiches and they were not cheap. The fourth sandwich is the best sandwich he’s eaten in a year. It is not cheap and it is not very good but he has not eaten a lot of sandwiches this year and this one is the best. He finishes the sandwich and balls up the foil and butcher paper and throws it into the trash. He had a profound thought a few years ago but he didn’t write it down and he forgot what it was. The only two things he remembers about it are that it was profound and that he forgot it. 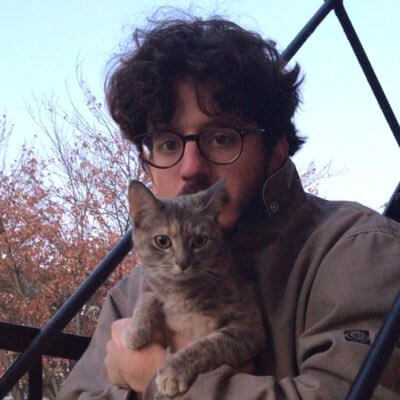 Joseph Grantham
Joseph Grantham is the author of Tom Sawyer (CCM 2018) and Raking Leaves (Holler Presents 2019). He is also the editor of Disorder Press. You can follow him @MisterJGrantham.