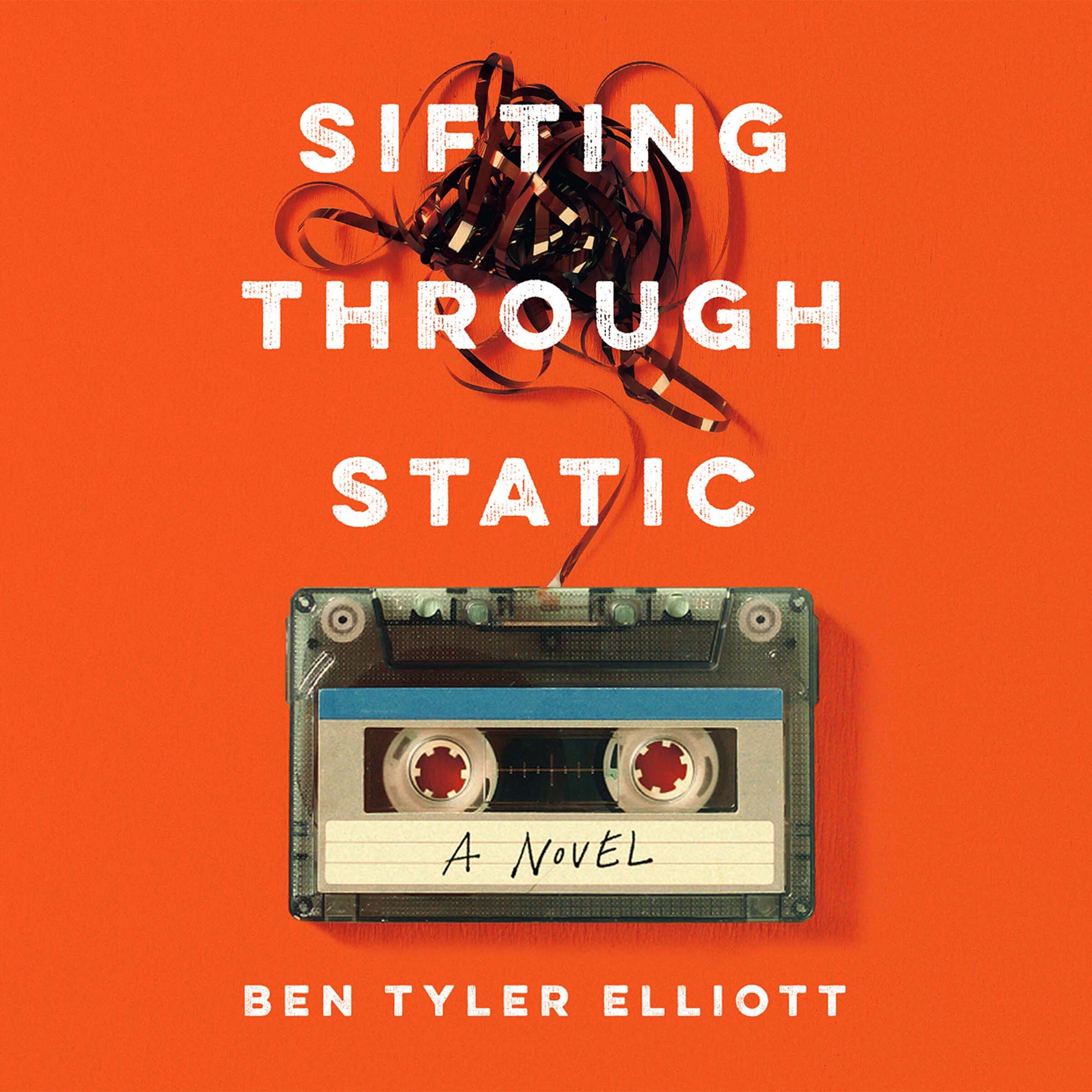 What do you think it’d be like if your pops hadn’t been killed?

Oh, who knows. But it’s my strong suspicion that he wouldn’t be alive today.

What if? I don’t know. We probably wouldn’t be buddies.

You think I’d’ve met him? If you would’ve let him meet me, I mean.

But you did meet him, sort of. Do you remember that time when we were out visiting Grandma — how we commandeered her truck for the day, and I drove us all over?

What do you remember?

I remember Grandma’s brown pickup, a Datsun I think, with the starred windshield and the bad radio, and how you coaxed, prodded, and then strangled that thing awake so that we could scorch our own map across the busted back of the Front Range, and I was probably ten, and we had nothing to do so you blasted us through a web of backroads that I, even at ten, was amazed that you knew. Or remembered. Or intuited. But how we twisted through swelter and glinted through shade with the windows down, the radio coughing, clearing, then choking again above the bench seat’s ancient tang of long heat on old vinyl. How the sun was a hammer. How you jammed the horn and the accelerator as we screamed toward blind turns, and how you took corners too fast and threw the rear end out into dirt and loose gravel and counter-steered with one hand and downshifted with the other, fourth gear to second, and how the engine groaned, and then how the truck calmed, and then how you slipped it up into third and then again into fourth, and how we cruised on through August like nothing. And how nobody knew that this ever happened except for you and me until just now.

How we torched us an atlas of bleached hills and fire roads, howling dust and sunlight behind us until that venerable pavement remembered who we were, found us, gathered us up acquiescent, and then you veined us back to a low, brown house in a forgettable neighborhood on the outskirts of nowhere. You parked the truck, and there was a sign that said this was a bookstore. I asked you why we were at a bookstore, and you said: This was my house, and eventually it became a bookstore.

We went inside and you showed me around. Fiction’s my room, you pointed, and Western’s my older brother’s, and Mystery’s where my sister’s was, which is apropos; we had no idea what to do with her room after she died.

You plucked a book from a shelf in the hallway, but I don’t remember which one. At the register, you told the cashier that this used to be your house, but he didn’t seem to care. This didn’t bother you.

Again in the truck, you drove us more carefully. No, not carefully. Carefully’s the wrong word. Deliberately? Deliberately, maybe, but you drove like you knew where you were going, and I didn’t assume to ask because I didn’t care where we went. When we parked again, it was in a gravel lot near a doglooking wrought iron fence with a broken gate, and I saw then where we were.

Some of them, you said.

We slipped between the almost-rows of headstones and markers, a few looking cared-for but most seeming they’d been evanescing alone, returning to Earth raindrop by raindrop for decades or longer while the grass and dandelions stretched up along their sides welcomingly, as if to say: We’re so glad you’re back, let’s get you inside. We stopped at several, and you proffered up anecdotes when you had them, or sometimes just facts when facts were all you had:

This is my aunt. She was the kindest, happiest, roly-poliest person. She gave your mom and me twelve thousand bucks for a down payment, no questions, non-negotiable, when we had thirty-two dollars in checking. She tried so very hard to stick around to meet you. She almost made it.

This is her brother. You met him once when you were about one. He had an exercise bike.

This is my sister. She smiled all the time. I wish I could’ve known her better.

This is my grandpa. He had a hard life.

This is his wife. Hers was probably harder for having known him.

And it went like that, you talking, me listening, until we stopped at one. And you were quiet for a while. And then you asked me a question:

Do you know who this is?

And we stood there for a while while the sun hummed down, just a while, just the two of us there alone in the warm, side by side in the grass, some of it ankle-length and some of it knee-high, and two crickets droned a familiar song, and a low breeze waved through, and a blue jay warbled and flitted on a wire.

Ready to go? you asked, eventually.

Don’t tell your grandma we came here, you said, and I said: Okay. And I didn’t.

I didn’t tell anyone, actually. Not until now. But I chose to tell this story now because, for me, that moment’s always been a curious thing, and I’ve never been able to put my finger on why until just a few minutes ago.

Now, know that when I say that moment’s been curious, I don’t mean it’s just because that was probably the only time I’ll ever stand in that place with you, and neither is it because its importance was seemingly reified by your suggesting my silence—something you’ve never again requested of me, concerning any subject, for any reason. No, see, I think it’s a moment that’s been set aside in my head, placed on its own, separate shelf because, somehow, it didn’t seem to matter. I mean it mattered, sure, but also it didn’t. It was a moment that came, and went, and it wore the same clothes as anything else we did that day or any other. It just was. And sometimes I’ve felt it maybe shouldn’t’ve been.

Sometimes I’ve felt like there should’ve been a speech, y’know? Or a flower. Or a spit, or a dance, or an—anything. A moment like that sorta seems like it maybe was deserving of such, yeah? After taking your kid to the place where the father you’ve hardly missed had been buried for, at that time, thirty years or so—the same place he’s gonna stay until long after history’s forgotten the both of us. Right? No? But then there just—wasn’t.

But then, about ten minutes ago, while I was drinking cheap beer and trying to decide how much from that day I’d really remembered and which of my memories would need filling in, my distractible nature drifted me away again while I wasn’t looking. And it drifted me back to that day, as often it does. And then that’s when this odd, old moment turned over in my head and caught the light just right—caught it just enough to see a seam I hadn’t seen before, and it occurred to me that:

Wait. Wait maybe that was exactly it. Maybe it just was.

That moment, I mean. Maybe it just happened, and there’s nothing to be done about it, and maybe I should stop treating it like it was anything other than just capital-L Life. Maybe it matters about as much, capital-L-Lifely speaking, as the thousand games of Connect Four that we’ve played, or the cornucopia of parking tickets I’ve so deftly acquired, or the curios I’ve here misremembered, mistold, misplaced or maligned.

So you ask what I remember?

I remember a trip to a bookstore and a moment in the sun that we kept to ourselves for more than twenty years.

I remember too many games of Connect Four to count, let alone to keep track of a running score.

I remember an archive of stories about people you’ve known, lost, or left behind, and I remember a lifetime spent trying to take some of them from you to lighten your yoke, but finding them heavy, awkward, edgy things that snag at my pockets and, as such, have often been too uncomfortable to carry. I remember dragging, lifting, arranging and rearranging these little burdens along the long shelves that line the less-traveled hallways of my mind. I remember retreating through those same hallways when the world’s been too loud.

I remember starting somewhere else at the outset of this and, in the throes of aversion, stumbling again upon something odd, and small, and important to exactly nobody save for me. I remember taking it from its shelf and smiling at its still-gentle pulse, the cadence of its ever-balmy breath. Then, as I was placing it back, I remember a flash across its surface. Quick. Small. I remember squinting my eyes, looking closely.

And then I remember slacking, adjusting my jaw and leaning back in my chair, the chair going back on two legs. I remember lacing my fingers behind my neck and turning my head toward the window. I remember the sight of that pane glared up bright by the room’s light, it brilliant, and a visage blazing back at me from the face of that glass. And that glass, I remember then glimpsing across it an ephemerality. A transience. A nascent and fleeting function of some infinite thing.

This has been a Reader’s Companion to the New Audiobook Sifting Through Static, out everywhere February 13th. 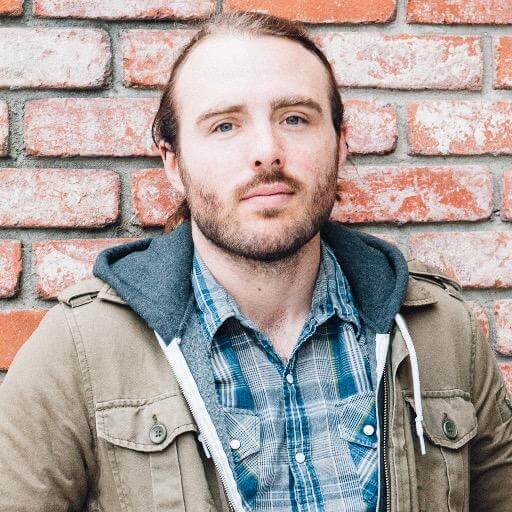 Ben Tyler Elliott
Ben Tyler Elliott is the author of the debut novel Sifting Through Static, which was written on coffee breaks, at red lights, and during too many after-midnights. He lives in San Francisco. You can follow him on Twitter @BenTylerElliott