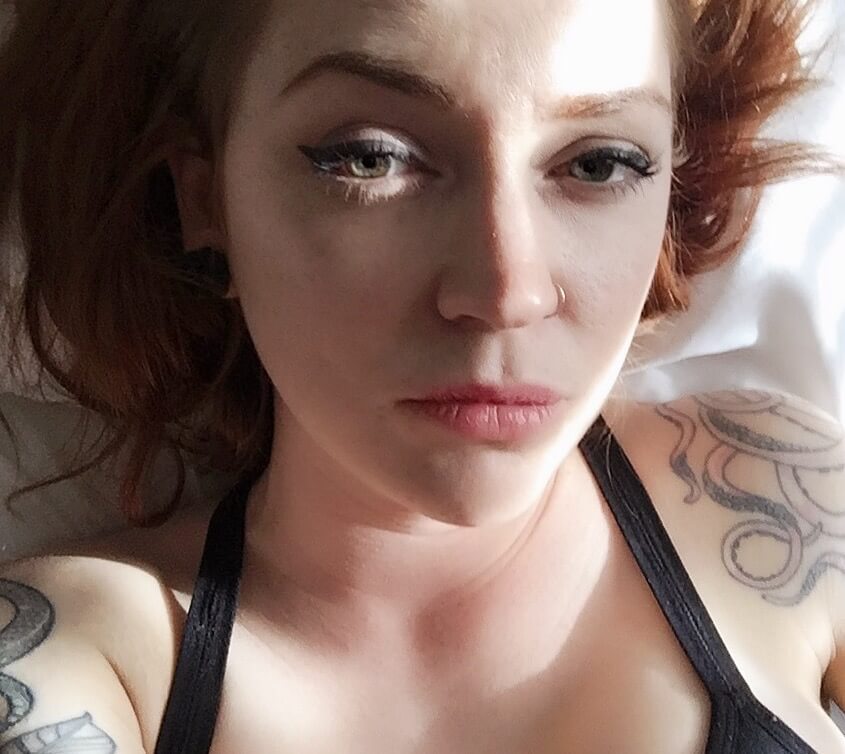 The Talking Book gang is currently producing Elle Nash’s (soon to be released) ANIMALS EAT EACH OTHER from Dzanc Books. It’s our first recording with the author and her publisher Dzanc, so we’re over the flippin moon. Animals Eat Each Other comes out next month, so get psyched and look out for that audio! Now, enjoy this reading by the author. <3

Frankie had been calling me Lilith since the first night I came over and she took all my clothes off, since the night that Matt grabbed the words hopeless and romantic on the backs of my thighs with his thick hands. She said it when she tied me up, whispered it to Matt when she told him what to do. Like a pet name, as though this were part of what being loved felt like.

I was a pet though. It is important to remember that. What it means to be chosen first is different—to be under the arms of someone, close to the ribs. Right up next to the chest, but not in the heart. Lilith, a pet who isn’t from the body of man. Every time she said it, I believed it a little bit more. I started to be it, started to be Lilith, whoever she was. Something about me slipped away, a letting go. Lilith. Each moment the name left her mouth I liked to imagine that I was someone or something else, a hard candy softening my edges against each curl of her tongue. I imagined myself disappearing granule by granule into the pores of her body. Whenever she tied me up and watched as Matt entered me, she watched as though I were a flower, something delicate to be seen and smelled and caressed, and every time he entered me I didn’t need to see myself in the reflection of his eyes. I could only see him and Frankie, myself an object to bring them pleasure. Benign neglect, how peonies thrive.

Frankie was in charge. She dreamt up the world and the world complied. I liked it. She put her hands out and we gave her what she wanted. Frankie was the center of the mandala, turning us around her. She was always holding my hand, not letting me go anywhere but where she approved. Letting me let go a little more each time, into a new me. Frankie named me Lilith not because it was who she wanted me to be. She named me Lilith because it was what I wanted to become. I wanted to know what it would be like to carry a bad habit all the way through.

I think Frankie knew it would happen, that my presence would somehow disrupt the daily harmony of their lives in a way that was out of her control. She may not have known when it would happen, but she knew that it could.

Matt and Frankie took me on a ride up to Gold Camp Road in Matt’s brand new Chevy Malibu. We stopped at a gas station beforehand and grabbed snacks, bottles of diet Mountain Dew and ropes of beef jerky. I got the ranch kind of sunflower seeds even though, after a few dozen, the ranch dust flavor started to taste like vomit. I would eat them until the tip of my tongue split with tiny blisters.

Matt loved his Malibu. Slate gray, leather interior, always vacuumed clean unlike my own trashy car. I found the cars of men to be fascinating. There was so little else they seemed to consume in this world in comparison to women— I collected clothes in big heaps and then grew tired of them, but hung on to them as sort of prize. The same with makeup, some of which I’d had since I was nine years old, some I inherited from my mother, makeup kids with bright pink blushes so old the powders became rocks, hardened with talc. Cars were utilitarian but also revealed something about the person with the keys. How deep and low the engine growled,  how nice the rims looked, how smooth the gears shifted from third to fourth or fifth. The Malibu was a subtle expression of Matt’s personality I came to admire, and by extension Frankie’s, since she, too, was associated with the car. We rode around, listening to Marilyn Manson on repeat.

Frankie flipped around from the front seat and said, “Do you like this song, Lilith?” playing “MObscene.” She pressed a button to skip to the next track, “Fight Song.” She asked over and over again, “Do you like this song, Lilith?” and sang all the words. She turned on the dome light, making the dark outside impossible to see, flipping around to me every time she asked a question, so she could look me in the eyes. I felt the aesthetic of the word each time it left her lips, imagined the supple ways her tongue touched the roof of her mouth or the top of her perfect white teeth: Lilith. How much it carried while being so effortless.

I practiced my trick again, the third eye spot. Frankie said the name at the end of every sentence: Lilith, Lilith, Lilith. I felt like a foreign reactionary playing spy. I wondered if she’d heard Matt and I talking about Satanism that night in the living room,  if I had overstepped. Maybe she saw that I could get too close to Matt, too close to her family. I could get too close and that was why she named me like that. Lilith. A girl invited from the dirt of Frankie’s private Eden, Frankie whose life was so entwined with Matt’s that she came from the bent rib of her lover. Perhaps Frankie was not devoured by the man of her life the way my mother was; it was that she came from him, saw herself as part of him, was so sturdy in his skeletal embrace that she, at first, saw no threat in opening their tannic hearts to me. Lilith was a separate being. That was what Frankie wanted: to close me out. The sinews of their courtship threaded so tightly together that I was merely present to play harp on the tendons of their singular body.

I didn’t know all the words to the songs, and tried to play along as best I could. Every time she flipped around, all hair and eyes, fingers gripped to her seat, I’d force a smile. I’d crinkle my eyes, squint them just a bit to make it seem real, and put sunflower seeds in my mouth, wishing they were Percoset. 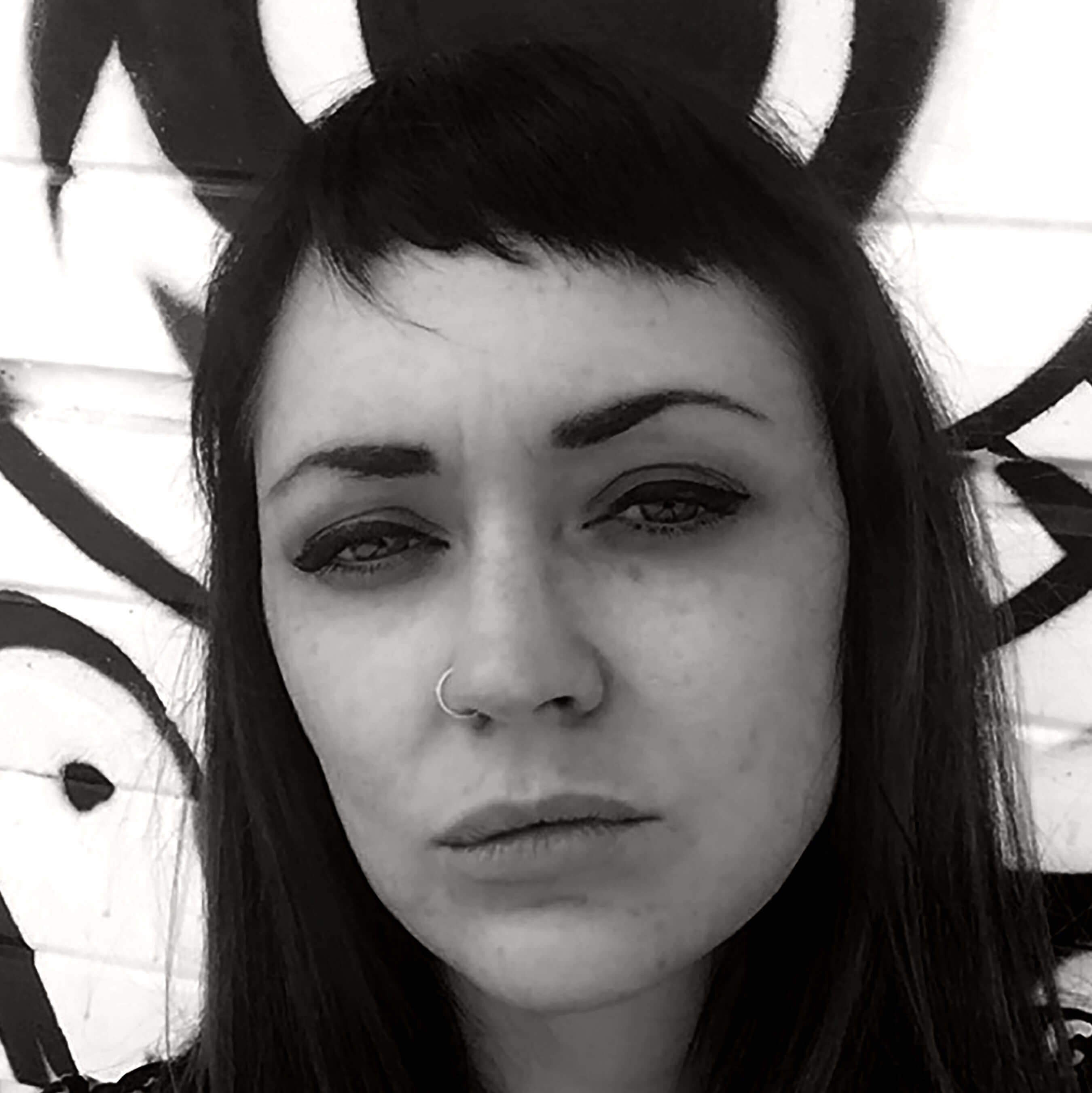 Elle Nash is the author of the forthcoming novel Animals Eat Each Other (Dzanc Books, 2018), and the chapbooks AVOKA (Ghost City Press, 2017) and i can remember the meaning of every tarot card but i can’t remember what i texted you last night (Nostrovia Press, 2016). She is a founding editor at Witch Craft Magazine and a fiction editor at Hobart Pulp. Elle lives in the Ozarks with her husband, daughter and their dog.