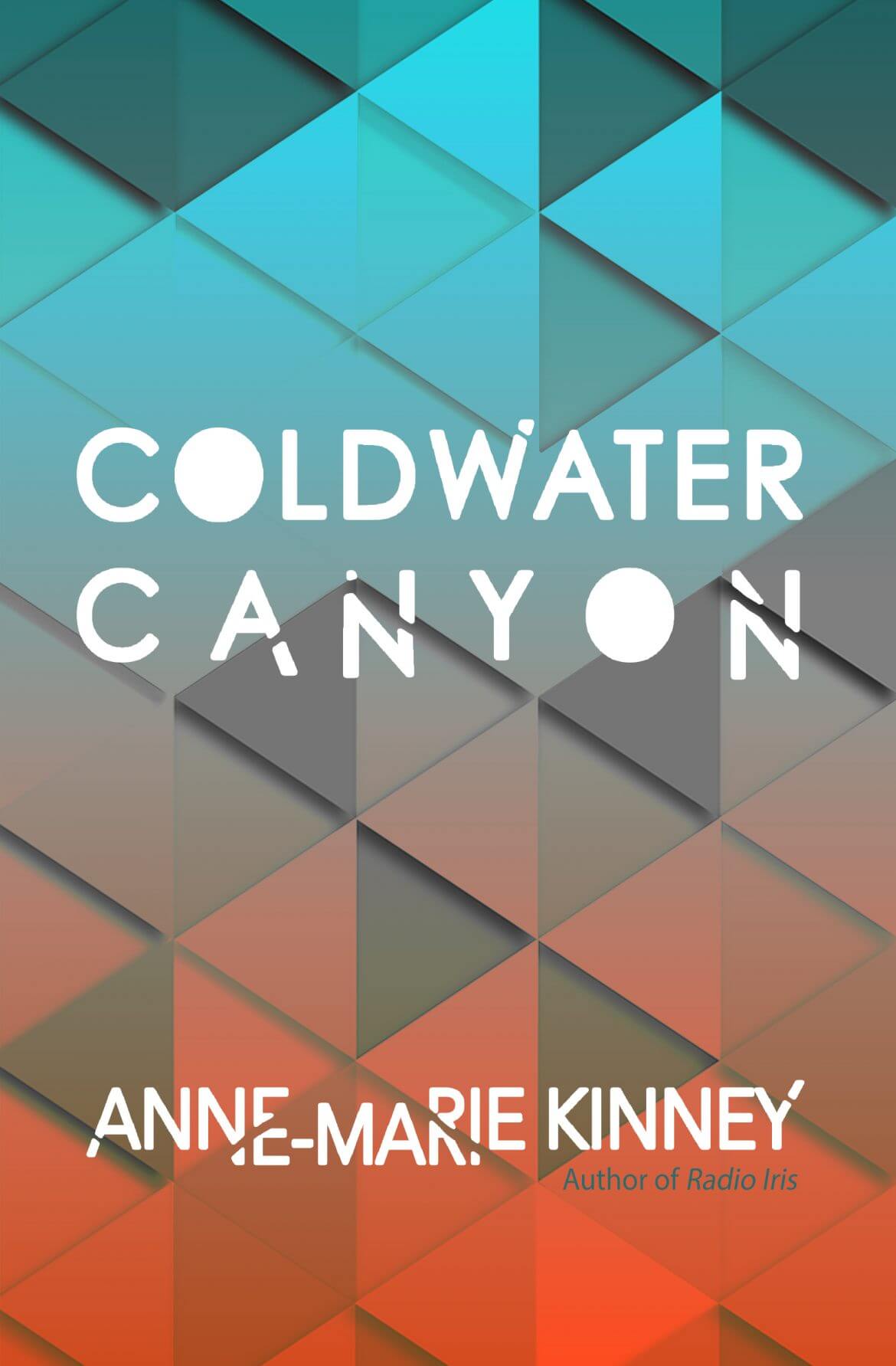 Out now from Civil Coping Mechanisms, Coldwater Canyon by Anne-Marie Kinney. Thanks so freaking much to the author for this reading. Enjoy, and go get the book!

Shep has been dealt a bad hand in life. Halfheartedly raised by a cold grandmother and chronically ill following his deployment in Desert Storm, he self-medicates with alcohol and daydreams of salvation at the hands of women—ultimately landing on one woman in particular: Lila, the young actress he believes is his daughter despite all evidence to the contrary. As Shep navigates the mystically rendered streets and strip malls of the San Fernando Valley with his only companion, his dog Lionel, he takes increasingly desperate measures to insinuate himself into her life.

Shep sat in the carport with the engine running. It was Wednesday, which meant Lila’s shift would be starting at eight. He knew it was Wednesday, because the day before was Tuesday, because Hung had gotten his Budweiser delivery. The day before that was Monday, because it was a holiday—no mail. When he tried to go back further, he had to close his eyes. The sun was too bright, the air too thin. He tried to breathe slowly, deeply, the way the physical therapist at the VA hospital in Lincoln had taught him, driving the air all the way down to his diaphragm.

Breathe slowly, feel your lungs expanding, and focus, she’d said. Visualize the tide as it comes in, and slowly recedes. He could tell she was just out of school by her practiced tone, the way everything she said to him could have just as easily been said into a mirror, or to the walls of an empty room. He’d stood before her, concentrating on pushing all the air out and refilling his lungs at the ocean’s pace, though he was only guessing at it, having never seen the ocean in person. He thought he must be doing it wrong, because he was feeling lightheaded, and his hands began to shake again. Open your eyes Mr. Shepherd, she’d said, holding his forearm, her eyes sweetly pitying. She signed a form and sent him on his way.

Shep held his hands on the steering wheel, but made no move to pull out. Lionel wagged his tail and shuffled back and forth on the seat.

What am I doing?

…a mental stutter, but also a real question to which he had no satisfying answer. He stared down at his lap and let his arms go slack. Muscle memory sent him flashing back in time for a second, looking down at his lap in the passenger seat of his grandmother’s Buick while she sat in silence behind the wheel, tapping her index finger in exasperation at a red light, which time, any time, with him shrinking beside her, picking at his hangnails, and then he was back—saying, what am I, what am I, what am I doing?—and still not moving the car.

Finally, he reached into the glove compartment and pulled out a mini bottle of vodka. At room temperature it was disgusting, but he swallowed it down, gagged, and ran his tongue around in his mouth to hold nausea at bay. He felt both better and worse.

Eight o’clock shift. That’s what he was doing. He looked at his watch, but found he’d forgotten to put it on again. She may have started work already. Then she’d be inaccessible behind glass, or even more inaccessible than she already was. When he followed her from her home, he felt that there was at least a sense of possibility as they traveled in parallel, a chance for her to feel him beside her in the open air. He imagined he could make her feel safe. She wouldn’t know what to call it, or what was causing it. She would only feel a caring energy that would boost her up above the world’s sorrows and disappointments.

He sometimes fantasized that she knew everything. In his daydreams, she would approach his car, climb into the passenger seat and let Lionel curl up in her lap.

Dad? she’d say. I’m so glad you’re here. I’d be all alone here without you.

Shep sank into the fantasy as into a warm bath, letting the years fall away like grime he could just wash off, his fingertips wrinkles in time. In a past rewritten, there he was with little Lila on his shoulders and Lorene by his side at a county fair, the three of them sharing a great cloud of cotton candy that vanished like magic on each of their tongues, Lila’s sticky hands wrapped around his jaw, Lorene leaning her body into his, their hands clasped, with the lights from the Ferris wheel twinkling, black powder in shells waiting for their fuses to be lit, to explode into fireworks and compete with the stars that were so close Lila could touch one if she just reached up. It was an image he’d invented at some point, continually adding details—the smell of caramel corn, the distant strains of Van Halen coming from the Gravitron, the smoky orange of the setting sun—because it warmed him from the inside out.

The whir of the road, the sun a white flash in his eyes, and the next thing he knew he was on the freeway, but, he noticed too late, he was going north, not south. His palms and underarms were moist, and he could feel a trickle of sweat rolling down the center of his back.

He wasn’t even on the right freeway. When traffic slowed, he ran his hands back through his hair. He knew he had memory lapses from time to time, like anybody, but more sizable pieces of his days had been going missing. He found a sign and saw that he was on the 14, past Lancaster and approaching the Mojave. That was a good half hour stricken from the record.

He squeezed the steering wheel tightly, feeling that this would keep him tethered, would prevent the car from floating up and away. He turned up the volume on the radio to a Neil Young song muddled by static, the nasal vocals shot through with the hush of snow. Lionel perched his front paws up on the passenger side armrest and licked the window.

Before long the traffic dwindled and the wind picked up, kicking up dust in every direction. The land was so flat and vacant there was nothing to catch the sun, which had grown a yellow skin like butter left out. His AC was busted, so he could feel the sun baking through the car. He rolled down the window and the wind rattled the frame and deafened him to the radio, which had given way entirely to the static.

In the distance he saw snow-capped mountains, so far away it had never occurred to him he could ever go there. He wondered for a brief moment how much gas it would take to get him to their base, and to the top, could he drive it in one tank? Would the air be thin up there, would it make him light-headed and dumb? He exited at the next opportunity, intent on getting his bearings. His tires ground into dusty road lined with wiry bushes, with snake holes hidden in each one. 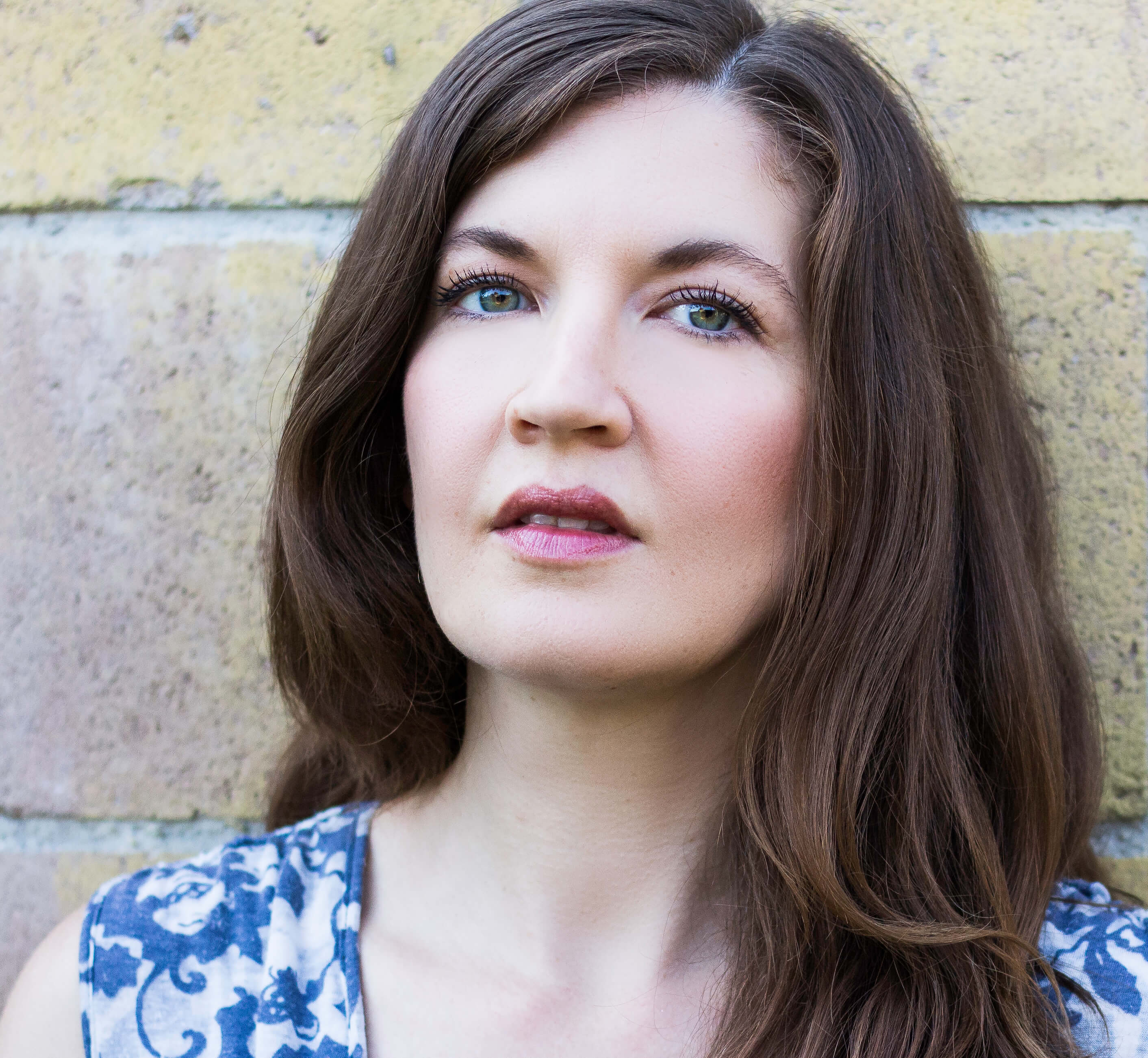