Listen to Bud Smith reading from his new memoir WORK, out now from CCM Press. This reading first appeared on episode #3 of The Talking Book Podcast. Go listen to it after you buy this book. Text below…

I’ve been working at this oil refinery for five years now. Same place. Steady. The oil gets sucked out of the earth with these great big straws, and the oil gets spit into these great big ships. The ships come down the shining river and the ships spit the oil at the oil refinery. The ships come down the river sagging low below the water line. The ships leave riding high on the waves, light and empty, going back to the straws that are busy sucking more money out of the rocks.

The oil refinery makes the gasoline by boiling the oil in pencil thin towers that stretch up into the clouds. The gasoline rushes through pipelines and out to the storage tanks that look like birthday cakes on the side of the highway. Tanker trucks pull up to the pumps and other pipelines push the fuel from the birthday cakes, and the truck drivers stand out in the sun chewing gum, waiting until their tankers are full. Then they ease their trucks out onto the highway heavier and slower.

Other things that are made here: plastic, diesel, jet fuel, sulphuric acid.

When I was a little kid, my family used to drive past the oil refinery in the family car and I thought that the refinery made clouds. The smokestacks pump plumes of grey exhaust up into the sky to make clouds. How nice.

Later, I would drive past the oil refinery with a date in my truck, headed to New York City, and I’d tell the date that the place looked like Gotham City. She might say it looked like The Land of Oz if it was skuzzy instead of emerald.

Later later, I got a job there and would drive my car out of NYC where I lived, commuting to New Jersey every work day before dawn. I’d park in a gravel lot, walk through a turnstile, put on a fireproof suit, work boots, and a hard hat that had ‘WORK SAFE OR DIE TRYING’ written on it with magic marker.

My car got drunk and happy on gasoline. I made the gasoline. I pulled up to the gas pumps and handed the attendant my debit card and I told the attendant, “Hey, even though I made this gasoline, I still have to pay for it. Nothing in life is free.” The attendant stuck the handle into my car’s gas tank and I waited.

Before I made gasoline in the oil refinery, I worked in a nuclear power plant, a couple coal burner power plants, and a chemical plant that primarily makes acid.

Not the cool acid that me and you would do on a Saturday night if we were bored. The kind of acid that melts people.

At my job, I weld—shielded arc, tig and mig. I also work with cranes, read blueprints, arc gouge, cut things apart with torches, jack hammer, wrench this, wrench that, disassemble/reassemble pieces of machinery as big as a house with heavy duty impact guns—most of the time I figure I’m just getting paid to either get burnt by molten metal, soaked with fuel, soaked with rain, or just generally covered in rust, dirt and grime.

We have to stay clean shaven in case of a fire, and also to use full face respirators. The safety department comes around in the morning and checks out our faces to make sure we’re not growing big stupid Yosemite Sam mustaches or lumberjack beards.

I like not having a desk job. I like being outside. I like being able to have a snowball fight with ten of my coworkers on the rare day when we can get away with it.

I’ve never been to college. I don’t have any education past high school, but I write. I’m that weirdo that thinks that anybody can make art and everybody should make art. It doesn’t matter who you are, your life can be improved by making some kind of art. I’ve got no formal training, and I’m pretty much the only guy I know in person working heavy construction who reads books at all, but—I write.

The closest I’ve come to attending a college is NYU, when I went there with a crew to torch apart the ductwork system (big enough to walk through) in the nether regions of the building. The college was in session at the time, and I’d walk through the campus in my work clothes, looking at the kids who went there like they were creatures from another planet. They were looking at me the same way.

When I got hired to do the repairs at the college there was a meeting that I had to sit through where the people from the school threatened us about having any contact with the students. We weren’t supposed to talk to them. Or look at them.

While I was working there, one of my coworkers had his hand smashed with a sledgehammer and he ran through the building with blood spraying on the clean white floor. We all bleed the same.

I’m careful of my hands.

I do most of my writing on my cellphone. I type with my thumbs on my iPhone (that I’m not supposed to have at the oil refinery anyway because it’s not intrinsically safe and could cause an explosion) (But that’s just silly, we’re causing sparks all day by welding).

I’m writing this right now 200 feet up in the air on top of a part of the oil refinery that makes polypropylene plastic. They take propane and teal and crack them together in a reactor to remove one particle from the propane, creating the plastic.

I climbed 215 steps to get here, there’s no elevator. Everything is steel grating, exposed to the elements. Platforms and catwalks, galvanized metal. Where I work often looks like a stage in Mortal Combat. It looks like we’d be fighting on one piece of catwalk and you’d uppercut me and I’d go sailing up to the next elevation, blood gushing out of me.

If I look out across the skyline, I can see New York City. I’m 34, and have all my safety gear on. My hands are hidden inside big oven mitt gloves. I’ve got florescent ear plugs jammed in both ears even though I was born deaf in the left ear anyway. The safety glasses are tinted yellow. Everything looks like piss.

Between me and NYC there are countless smokestacks, highways that twist and double back on themselves, a dirty river with a tug boat chugging along, a zillion cars a minute zooming north or speeding south. I’m looking out at the armpit of America, and I am a character in a lousy Bruce Springsteen song.

Sometimes I meet people at literary events in the city who are surprised that I don’t have an MFA, that I’m not teaching kids at a little college somewhere and that’s the most bizarre thing. I wouldn’t know where to start with any of that. Sometimes people say things like, “It’s cool that you work a real job, working with your hands …”

The guys I work construction with all talk about working ‘real jobs’ too, except they’re talking about ‘not working here’. It’s the polar opposite.

When I go to a party, people ask me about my coworkers, what they’re like. It’s like describing animals at a zoo, but I’m in the zoo too.

The guys I’ve worked with are storytellers, but the reports they give cannot be verified. Everybody repeats the stories amongst themselves. It’s a game of telephone on overdrive until before you know it you’re working with Paul Bunyan. They are a lot like poets, short story humorists, novelists, and they don’t even know it.

Here’s the thing about working in nuclear power plants—you have to take a psych test to get in. They have to do an extensive background test. You go through a week of classes on ‘nuclear theory’ which teach you about splitting atoms, fission, cloud chambers, control rods, core meltdown, radiation, isobars, etc—you take all kinds of written tests about these things and if you pass, you get in. But it’s not just you (the guy going in to pull out the control rods in a radiation suit) taking the test, it’s everybody. It’s the forklift driver. It’s the janitor. It’s the person working in the cafeteria making the fried fish sandwiches.

Everybody is equal in an industrial wasteland. We all have to get safety training certified.

One last thing, when my dad worked at this refinery back in the early 80s, he had a carpool that drove up from the beach. They were working on this platform and someone had covered a hole in the grating  with a piece of plywood.

The guy from his carpool fell thirty feet through the grating and broke his jaw. That was the end of the carpool.

Back in the day they went to the bar outside of the plant for lunch. Rumor has it, first thing you used to do when you got to the job was to take an oxyacetylene torch rig to the back fence and cut a section out so you could come and go as you please.

Go get Bud Smith’s new memoir right now because it’s fucking awesome. If you really like his voice, get the audiobook of his novel F250, narrated by the author. 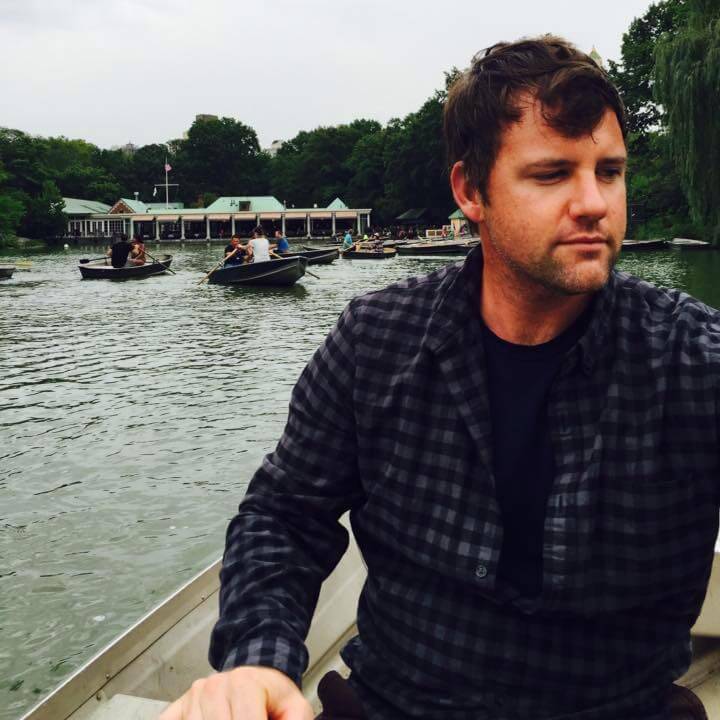