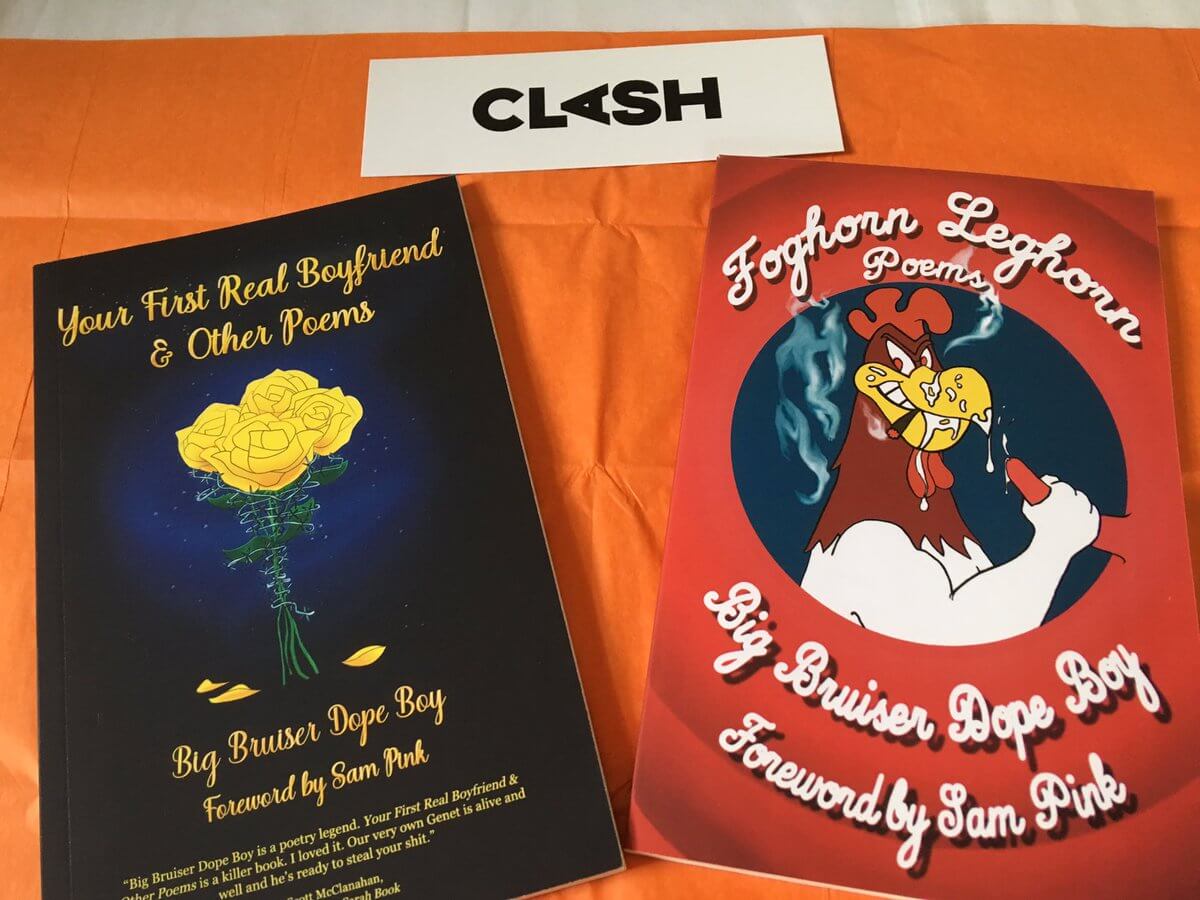 Big Bruiser Dope Boy came on The Talking Book Podcast right before everyone was quarantined. It was fun and we talked about writing, publishing, readings, and Jingle All The Way. He also read a poem called CUSTOMER. Big Bruiser Dope Boy is a good guy. Listen to the episode wherever you get your podcasts. Then go get his books over at CLASH BOOKS.

His name was Bob

He started coming in when I worked, seemed harmless enough

Mentioned he had a husband of forty years

He was a semi-retired consultant in his late 60s

He made a lot of money and traveled for work

He would usually come in within an hour after I opened the bar, when there were very few or no other customers

Sometimes he would tip $5

He asked me what I did

I told him I was a writer

He wanted to buy my book

He friend requested me on Facebook and messaged me

I accepted his friend request

He liked about a dozen of my posts in a row

The posts promoted my shifts at the bar, so customers could know when I was working

I went to New Orleans to read at a hotel

He was out of town

He brought my book with him

“I’m amazed by your poetry”

I told him the naked picture in the back of the book was me, that my ex-boyfriend took it when I was pissing and I didn’t know he took it, then sent it to me a few days later

“You are so sexily handsome to me”

I told him I was glad he enjoyed my work

“I’m headed back to Denver”

“How did the reading go?”

I told him the reading went well, that I did read that poem

I got back to Denver and resumed work at the bar

On one of my first days back, Bob came in

He brought his copy of my book and wanted me to sign it, so I did

“Are any of your poems autobiographical?”

I told him I sometimes wrote from experience

On a day off, I went with my roommate to the bar to pick up payroll

My roommate wanted to practice doing tarot readings on customers

She gave him a reading

When she and I left, Bob gave me a hug

I told him I loved him, too

I attempted to terminate the hug

This is something Bob had started doing, telling me he loved me and kissing me on the lips when he said goodbye

Back at home, my roommate told me Bob’s tarot reading was “really dark”

He told her he was unfaithful to his husband for forty years, and he recently got busted and had to change his ways

He asked her if she read my book

She told him she did

He asked her if she liked it

She told him she did

“No, what poems specifically?”

I told her he came in with his husband on a Sunday, the only time that had happened, and his husband made a joke about him being an alcoholic

A few days later, I was working and my friend Cameron was there, drinking

Cameron and I were talking about Twitter, showing each other stuff we found funny

When Bob motioned to leave, I didn’t come around the bar to give him a hug

I told him to take care

Later that day, after work, I noticed Bob followed me on Twitter

I looked at his profile

He started liking my tweets

Replying to my tweets

Messaging me on Twitter, quoting my tweets to me

He messaged me his phone number

I shared my number

I tweeted “Getting balls-deep in the tarot”

He replied “Show us”

He messaged me “Ok was just teasing anyway”

At some point during this, my friend Jim told me Bob messaged him on Facebook

“Are you friends with B?”

He told him we were indeed friends

A few days later, I got a text from a number I didn’t recognize

I texted “I love you” thinking it was Chad

The unknown number texted “I love you, too”

The unknown number texted a picture of Bob on a sofa, cuddling with a cat

I realized I wasn’t texting with Chad

I texted “Oh sorry I thought you were someone else”

A few days later, I was working at the bar

I was getting so lonely!

He told me they were for his friends

They were going to Puerto Vallarta for his birthday

They were all going to read my book

“Wow, thank you so much”

“Thank you for your patronage to the arts”

“I really appreciate it”

About a week after that, I was working at the bar

My not-so-secret admirer, who lived diagonally across the street from the bar in an apartment with his husband and cat

He told me the books had shipped

“So you should be getting those royalties soon”

I thanked him for his patronage to the arts

He told me he was going to write a couple paragraphs about each of his four friends, telling me about their lives

Then, based on what he wrote about them, I was to write a personal note for each of them in the books

“You can use your pen name”

I was nervous–I’ll admit it

It seemed like Bob wasn’t the greatest with “boundaries”

I told him no

I shook my head

“But I want my friends to know I know the author”

I told him he could tell them that

I told him that was something he was doing for himself

“There’s no way I’m going to do that”

I turned and wiped down a reach-in cooler, something I had already done twice since Bob came in

He gestured with his hand, shooing the air, and stormed out, his first of two scotch and sodas he had already paid and tipped for left on the bar, 80% full

“There seems to have been a misunderstanding”

I catalogued to him what he had done

I told him it made me feel uncomfortable

“I will never come in again”

“You are so full of yourself it’s preposterous”

“Barack Obama wrote me a personalized message in his book”

“As did Tony Bennett”

“Joan Rivers (rest her soul) did so as well”

“Who do you think you are to talk to me the way you did today?”

I blocked his phone number

Later that week, I was working on a Saturday

Bob opened the door of the bar, saw I was working, and left

You can drink at home with your cat now

I bet they’re dreading spending time with you in “PV”

I’m not a politician

I’m not a lounge singer

I’m not a stand-up comedian (rest her soul)

I’m not working for your vote

I’m not working for your applause

I’m not working for your laughter

I don’t make a lot of money

But my life is full

My life is beautiful

I work for nearly nothing so rich, smarmy, scotch-swilling faggots like you can pretend to have emotional lives

I wrote it today

I wrote it just for you

I’m glad you enjoyed my book, though

Thank you for your patronage to the arts

Hope you have fun in Mexico 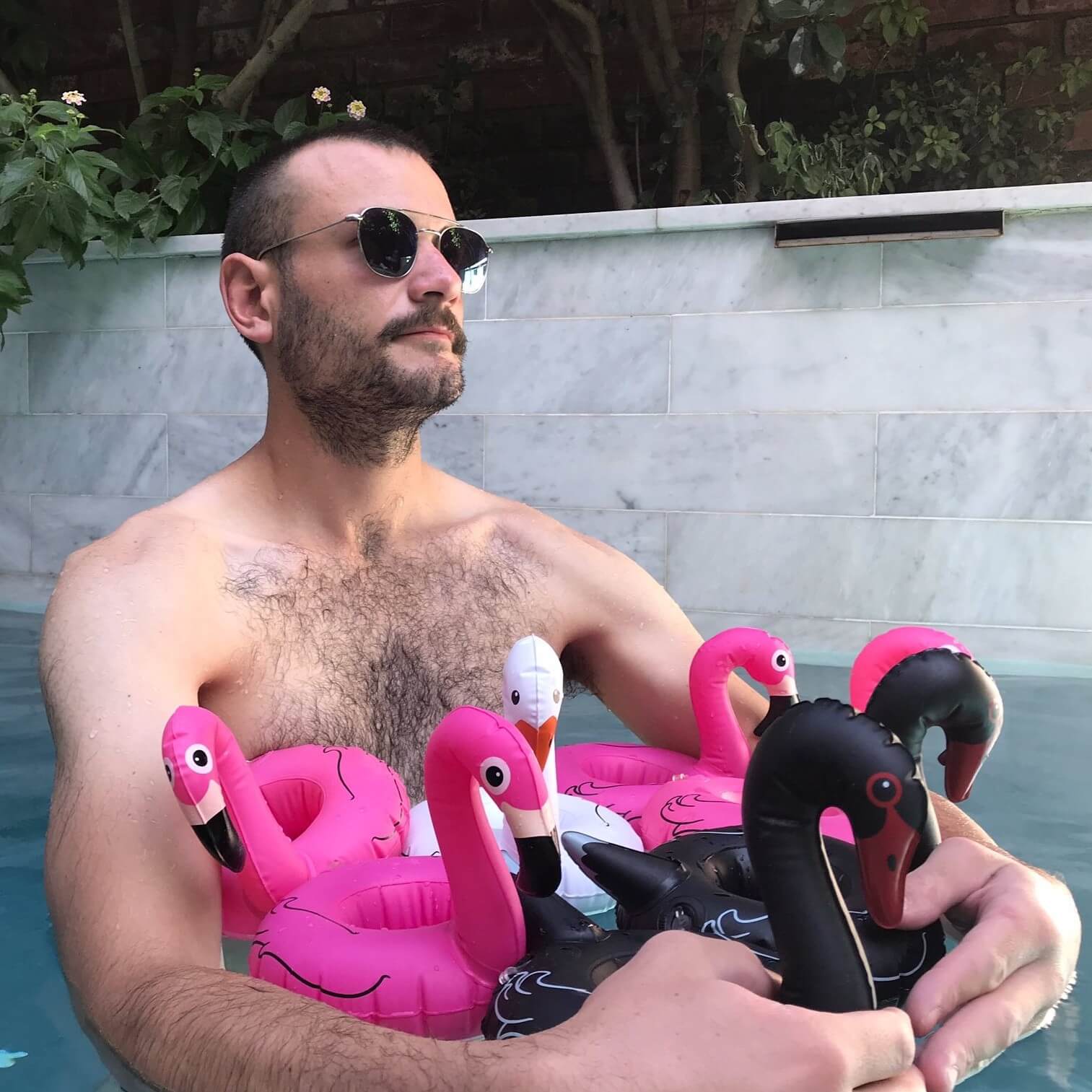