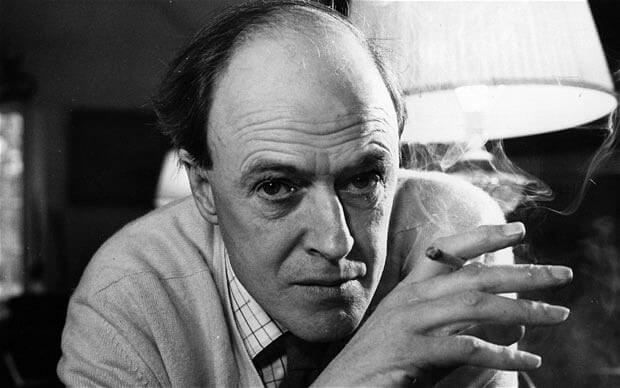 Authors are usually weird people. Not like, when a clearly attractive/popular person calls themselves ‘weird’ or ‘nerdy’ or whatever, but like, actually weird. Surely you’ve relished the worlds these authors have created for you, but rest assured, they are weird as fuck and barely functional. I’m very surprised most authors, myself included, survive for any period of time outside the womb. One way to confirm this is to look at author photos, where one is certain to encounter a mixture of anger, pity, and laughter. So let’s take a look at some random author photos I found online (not even sure who these people are but whatever).

Ok so this guy is clearly British. He looks like he owns a small dog named ‘Rochester.’ He definitely writes mysteries or like, historical crime things. He knows a fuckload about shit you don’t care about. Like what condoms were called in the 1800s. Judging by his coat, he also enjoys riding horseback through a foggy wood holding a jack-o-lantern in his hand and a torch in the other. Feel like he’d be really annoying to be around when he’s eating an apple too. Just a guess though.

Here we have the highly contrived ‘author at work’ type shot. Like, holy fuck are we actually capturing her thinking about her next novel!? The feet up on the table and the pencil behind ear let you know she’s a hardworking person. But wait, no shoes!? Party! She’s too busy thinking about leaves and trees and shit to care about shoes. Forget the damn shoes and just take my picture. She looks like she has a really well-managed Pinterest page and enjoys documentaries and tweeting pseudo political things. If I had to guess, she can beat that first guy in armwrestling. Also, her drug of choice is clearly PCP.

Next we have this happy fellow. This guy is known by name at the breakfast place he goes to everyday but still recites his exact order every time. He is very worried about them getting it right each time. He has four more of those scarves in his closet, the use of which is dictated by either a ‘fun’ day, a ‘work’ day, a day that might include a walk, or ‘casual.’ His well-maintained goatee suggest that taking a sip of his favorite merlot isn’t a problem at all! Survey says, ‘definitely is good at Risk but recites boring historical data the whole time.’ this guy also looks at you after he says something, until you respond. He also enjoys a good joke from time to time, but only if approved by The New Yorker. He played squash in college.

In this next picture we find clear evidence that Pee Wee herman fucked Macaulay Culkin at some point. The suit with no tie and open shirt suggests he has somehow managed to take on a third dimension and step out of an ad for expensive tequila. This picture expresses something I can’t quite put in words about what I hate about some writers, the ‘I’m only alive to write and I’ll bleed and starve for it’ stereotype bullshit. Meanwhile, this guy has a nice apartment, a car, what appears to be an ancient talisman around his neck and enough money for a modest strip of cardboard. He should change the sign to say, ‘will work for my dad’s business for more money than you’ll ever see.’ His claim to fame is a mild amount of college-aged ‘craziness’ involving drinking and breaking things. He calls his girlfriend ‘pumpkin pie’

this is my favorite one so far. This dude is letting you have as many beers from his case as you want. When you ask for a beer, he says, ‘fuckin right’ instead of ‘yeah.’ he likes slayer but also like, really bad adventure/epic metal where the cover of the cd has a flaming unicorn on it with a goblin holding an axe. He, no doubt, has a ring that covers his entire finger in the shape of a claw. Upon closer inspection, he seems to be sitting on a hammock (notice the webbing on the left side of the screen). That seems pretty cool. He was probably just laying there thinking about his favorite norse god when someone was like, ‘yo, we need to take your picture for Better Scepters and Moats and Gardens.’ and then he was like, ‘welp, aight’ and just sat up. His wife is, no doubt, a huge fan of the nightmare before christmas, which he playfully chides her about.

Yo you KNOW this guy is an asshole. He’s a dick to waitresses for sure, when he’s out dining with his agent at a steakhouse. He maintains an occasional, but very mean, rapport with his ex wife. He started out in soap operas but quickly abandoned that to become a writer of ‘thrillers.’ he knows a lot about weaponized aircraft and arcane CIA missions but has never held a gun or even driven above the speedlimit. He refers to his goattee as ‘the game-changer.’ he hates people who smoke weed. The one time he was in a ‘fight’ was with a much smaller man at a bar who accidentally spilled a little beer on his (goatee guy’s) pocket planner device (which only read ‘win win win’ on each day). The fight culminated in goatee guy executing a masterful move of shittalk, when he said, ‘you don’t want any of this, buddy’ and the other guy relented, for fear of getting hair gel on his shirt.

Upon seeing this one, my brain looked like an error screen from an original NES game. Here we have a dripping, nearly bursting, bag of douching material. He’s thinking, ‘who, me? Lil ol me in my wine country?’ the smile on his face says, ‘I earned this Lexus.’ currently find it hard to type with two clenched fists, but suffice it to say this guy knows more about anything than you. I’m fucking done with this guy. Fuck this guy.

Well hello m’lady! Here we have the crowned queen of a middle school somewhere in southern Illinois. Nobody beats her rice krispy treats and hell if she’s ever missed one of her son’s basketball games. She finds humor in jokes but rarely laughs at them. She thinks Garfield is a little too sassy. She has been called ‘the JK Rowling’ of southern Illinois. She openly farts and says, ‘everyone does it’ when someone laughs. She owns a halloween vest. She collects figurines of some kind.