Here are some of our favorite writers & Talking Book contributors talking about these United States of America.

Mira Gonzalez: “I hate America. Fuck this awful country. I have never felt proud of being from here. I do love blowing shit up with fireworks though.”

Sam Pink: “I would like to say, happy 4th of July to everyone. Don’t embarrass the ghosts of people who were killed/injured fighting for this country and everyone in it, by wearing gaudy American flag themed bullshit today. Just be a good person.”

Jordan Castro: “With their groundbreaking, tragically flawed, and frequently hilarious debut, America by The Founding Fathers is a deceptively simple, stylistically inconsistent, and aggressively delusional work, dealing primarily with issues of power, money, and, what the author and it’s characters repeatedly refer to as, – the unsettling motif of the work -, ‘freedom’.”

Sean Kilpatrick:  “The chalk mark around all western amenities has us so confidently upended we could glue a cataract on our money, sneeze into a fishbowl, and call it the same newspaper strip, the same digitized squeegee of sophist hope, which is, horrifyingly, the furthest civilization might come in every guise of anthropoidal headway. The only approach to individuality is buying your way there, some faux contribution or algebraic market scam sterilized with taxes, yet the Marxist commonalty, which I’m not sure opposes us or is the flipside of the world’s shared coin or lack thereof, in its blood clot utopian economic polyamory of forced labor tattlers heaped under each other like a mass grave for statues, still dots the intellectual landscape hundreds of years past its goddamn relevancy, but we left our relevancy before Pangea. Any sentiment of thanks to the fussy fighty boredom easing us toward the massacre we should attend must be followed by this quote from La Rochefoucauld: “A man’s ingratitude may be less reprehensible than the motives of his benefactor.” We will always live in a world where artists for some reason feel it necessary to proclaim their politics instead of existing as anything worse than politics, where people contend whichever president matters. This is why once the fireworks are lit I proceed to sit right down upon them.”

Dave Burr: “America is fun. One time I was coming back from Canada and a Homeland Security agent asked me if I had any Duty Frees, but I thought he was saying ‘Doodie Freeze.’ I thought it was a Canadian slushy.”

Erin Taylor: “The United States is a great place to buy a gun at the super market.”

Shy Watson: “With the constant awareness that there is an eye in the sky, The Great Gatsby provides an almost militant reminder that god is always watching us.”

Mary Moore: “Once i was touching my friend’s arm while we slept and they dreamt that the drummer from death grips was stroking their bicep and “flirting” with them.”

Marcyanne Hannemann: “My great great great grandfather built a bridge between New Jersey and Philadelphia.
How many objects populate my existence with no connection?
I am on top of a mountain with sweat in my eyes, thinking dumb and truthful
“The violence of a few bad men”
My family has been in New Jersey for at least 6 generations, and before that I imagine they were still in New Jersey, and before that maybe they were here on the mountain with me, but before even that they were definitely in New Jersey. Most of history can sound idiotic like that.
How are two places different when connected?
How is difference uplifted when it is open to time?
My great grandmother skips school to climb up the metal girders that her grandfather orchestrated. She writes that nobody saw her (except for a pair of eyes passing too quickly through a car window) but later when I look at her she says “hello”
History protracts itself in unknowing
I am in the water and something is rushing over me, I look up and see bodies that move in unrelation to mine
Today my family marched in a parade with a float saying “grandpa’s bridge” with shirts to match, white lettering on blue.”

Bud Smith: “Last night I was drinking in the dark on my parents back porch and a neighbor they hate was launching fireworks AT their house and laughing like crazy on his front lawn. The fireworks were exploding directly over their roof. Big purple flowers. And big red flowers. And big white flowers. Boom. Boom. Boom. This neighbor looks like a big pink thumb, he gets so much sun. I popped another beer and enjoyed the mineral earth violent sky show lighting up everything, and I could enjoy it because I wasn’t a person who had been sent to war and has PTSD from a roadside bomb detonating in the hot desert air. And I could enjoy it because I wasn’t a dog or cat, curled in a terrified ball under the kitchen table, understanding nothing. And I could enjoy it even though so many people in this country are suffering and still fighting for their equal rights, or their very lives, because this is a country where people can disagree with each other as loud as they want, and if no one is listening you can just get louder, there’s no limit. You can go to the hill and change the hill and the laws you don’t like can become your laws, reflecting your time and your people. Another neighbor behind my parents launched a massive rocket and the fuse burnt out too quick and the thing went BAMMM in their yard, the side of their house burnt to a crisp and the vinyl siding melted and someone screaming, “ARE YOU FUCKING KIDDING ME?!” That’s what I think about when I think about America. I think: Are You Fucking Kidding Me? And I think it two ways, one way in utter disgust. And the other way in total joy, total luck.”

Kris Hartrum: “Holy hell. Everyone needs to drink some daiquiris and eat a bunch of cheeseburgers. Keep a cool head and be excellent to one another. America ain’t dead, she’s just temporarily insane. And remember what Ben Franklin said: Either write something worth reading or do something worth writing.”

LITERALLY (SERIOUSLY) ALL OF CHUCK NORRIS’S DIALOGUE FROM THE MOVIE INVASION U.S.A*

“I got him, I got him…I got his mouth okay…”
“Are you sure this is how your granddaddy used to do it?”
“Let me ask you something, John. What are you going to do when the social security people find out you’ve been moonlighting?”
“It’s a problem because you haven’t made a profit in the last thirty-nine [years].”
“God, I’m sick of frogs.”
“I’m not interested.”
“Heard that story before. Go to one of the regular agents.”
“You should have let me kill him when I had the chance. Now he’s your problem.”
“Not this time, Rostov. It’s time to die.”
“Check.”
“I’ll take the assignment. But remember: I work alone.”
“Yeah, yeah, I know.”
“Makes us even. I don’t know you, either.”
“Just looking.”
“I’m not sure. You wanna run that by me again?”
“That’s okay. I think I get it.”
“How’s business?”
“I’m looking for Rostov. He’s here. I gotta find him.”
“I don’t have time. Besides, you owe me for saving your ass in South America.”
“Send me a postcard.”
“Beat it.”
“Where’s Rostov?”
“Rostov!”
“If you come back in here, I’m gonna hit you with so many rights you’re gonna beg for a left.”
“I wanna know what’s coming down next.”
“You’re beginning to irritate me.”
“If you live through this, tell Rostov it’s time to die.”
“Grab her! Get ready!”
“Yeah.”
“Feel like talking? I didn’t think so.”
“How about you? Where’s Rostov?”
“I’m listening.”
“Didn’t work, huh? Now it will.”
“You said [to] do something.”
“Sorry. I better leave before you get mad.”
“Did you lose this?”
“Didn’t have these kids, did it?”
“For every one I stop a hundred succeed.”
“Rostov can. I’ll find him.”
“Here’s what I want you to do…”
“Think of the stakes.”
“There goes the battle.”
“Yeah. See you around.”
“Yeah. Nikko was easy. Now it’s your turn. At night you’re gonna close your eyes and when they open, I’ll be there. It’ll be time to die.”
“Rostov!”
“Rostov!”
“It’s time.” 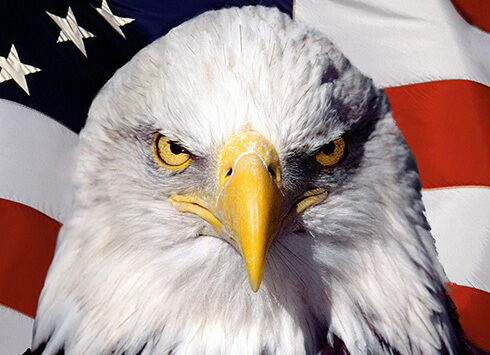