They’re in the walls. Bugs or rats or. Bats. At night they come most alive and torment with bites or bits or pitter-patter of feet or claws or. Iron. Crawling within the spaces next to the beds. They plant ideas for which men and women are arrested. Crimes to which people confess. It all comes from inside the walls. Insomnia and fear. Rats and bugs and mice and. Inequities. Boots. People in this part of the world sleep with boots on. In the event Mother comes, she comes at night and if anything one must have boots for Mother. Even if hauled away naked. But no. People sleep fully clothed with identification papers in breast pockets, suitcases packed. And good, strong boots. Those are the nights. They wait for Mother. Sometimes it takes years. But she comes in the end. Mother. In the meantime, there is hot water on Wednesdays and Fridays.

The young woman caretaker says: come on, sweets. Come. Bundle up. Right here, up here. Wrap this round like this. On your neck. Come on, now. And the hat. And mittens too. Come on, you chicken. The toddler spins around and unravels herself from the scarf still held by the woman and giggles. Then she spins the opposite way and wraps it back up again halfway on her face. And the hat now, says the woman. Hat splat, the child says and blows a raspberry. Giggles. Another raspberry. More giggles. Now the woman: she’s being a little pest again. Who’s the pest. Little pest walking in the walls, little pest ripping up her dolls. Come, let’s go. The girl giggles and spins around and around. She stops, claps, and something in the corridor rings. It’s feedback. From the bugs. In the flat.

From inside the fogged windows of the trolleybus, the marquis signs on the buildings along Boulevard Scala look like fleeting rabbits or out-of-focus prairie dogs in pursuit of a semicolon that feeds. The young woman caretaker leans in close to the little girl’s ear: the number ten is where Nani was violated. And the number fifteen. Once on the way up and once on the way back. And the number twelve. The fifty-five and the fifty-nine, too. But that was a month later. Did you hear what Nani said, sweets? Fifty-five, the girl sings softly. Mother’s Little Helper raped Nani all those times. Different Mother’s Little Helpers on different trolleybuses. But still one and the same. Did you hear what Nani said? The girl draws a skinny circle into the condensation of the window. For eyes she makes Xs. The trolley sways here then there and its accordion-like midsection guffaws. There is a pervasive smell of sour cabbage and gasoline. The smell of suspicion. Mother’s Little Helper is on this trolleybus, as well. The woman: next stop is ours, chicken. Have your mittens? Come. And they squeeze out of the bench seats and stagger up toward the door. The girl, passing through the accordion-like middle: ribs! They could be, sweets. We’re like Pinocchio and Gepetto inside the whale. She is right, the wee one. The flexible midsection of the trolley has ribs. Better to support the pectoral girdle, you. Let’s go you silly goat, the woman says. Pneumatic doors open. PneumaticPhlegmatic.

There isn’t much for a child to do in the park in winter, other than run around the lake or. Play with sticks. Stones. The woman buries her nose into her scarf. Wind cuts cold channels into the face. The child comes to her, brings her a handful of frozen pebbles from the shore of the lake and says: emeralds. Go play there, sweets. For a few minutes while Nani talks to a friend. All right. All right, chicken. There. Mother’s Little Helper is here with them. Standing next to a frozen stone bench just to the side. He is dressed shabbily, hands in pockets, slimy hair, cheap brown scuffed shoes. When the woman comes to him he lights a cigarette. Hand trembles. What’s the story, he says. Nothing. No story, he says. Nothing this week. He takes a small notepad and fountain pen from his breast and writes something. Hand trembles from the cutting wind. The woman looks back at the toddler. She squats by the edge of the lake and re-arranges various rocks. Emeralds or. Bones. Mother’s Little Helper: how old is she. Eighteen months about. (Ready 2, take 2) What’s that mean. I don’t know, the woman says. What do you want it to mean. I mean is she talking yet. Mostly babbles, the woman now. Mother’s Little Helper writes in his pad. What type of babbles. The usual. She’s eighteen months. You said. I have it here, he says. Then, so. No story for this week? Nothing. All right, Mother’s Little Helper says and shivers. From his breast pocket he removes a photograph. It is devoid of color. He hands it to her. She grips it but he holds for a second. Makes sure she sees. It is a photograph of her. Naked. Only from the breasts up. Compromised.

Coming back to the child by the lake. Frozen. The toddler turns. Smiles. Stands. Runs to the woman. Chicken. Having fun, sweets? Having fun with your emeralds then. The child points: look. A white swan floats to them looking for bread or. Look. Swan lake. The bird floats. Floats. Inside, the woman feels hollow. The bird is menacing. And then. It stops swimming and leans to one side. Then the other. Something is wrong. Inside. The woman feels hollow watching this. The bird breaks into a circle. Over and over. First large then. The circles are tighter and tighter. Something inside the bird’s brain is short circuiting. Nothing works. The circles get tight enough until they can be made no more. It just rotates very quickly. And then the swan collapses on its side a few feet from them.

The girl giggles and points to the swan now floating limply on half frozen water. The head is beginning to sink and the long neck is curved into an elegant L. Let’s go chicken before we freeze here. Come on. As they exit the park the woman tears up the photograph and places the pieces into the rubbish bin. No use having the image. Mother has the negative. 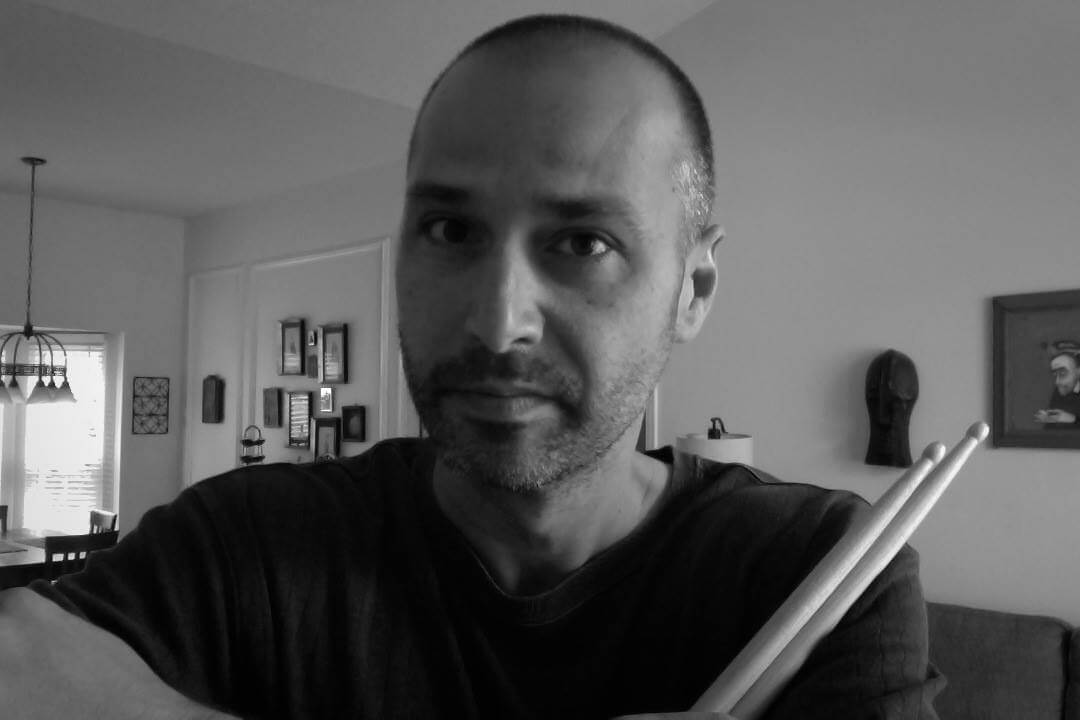 Alex M. Pruteanu
Alex is author of novella “Short Lean Cuts,” and the collection "Gears," both available at Amazon, Barnes & Noble, and Powell's Books.  His forthcoming novel, The Sun Eaters, is scheduled to be released in 2017 by Cervena Barva Press. He has published fiction in Guernica, [PANK], Specter Literary Magazine, The Prague Revue, The Stockholm Review of Literature, and others.