Below is an excerpt from the upcoming novel Imagine A Death by Janice Lee. Her most recent book, The Sky Isn’t Blue was published by Civil Coping Mechanisms in 2016. You can find all of the author’s books here. Now enjoy a reading of Imagine A Death. Thanks Janice!

She still does not know why she continues to write. Once, at a book signing, a man in the audience raised his hand to ask a question, What do you enjoy about writing? It had been such an innocuous question of course, but also, as she stood up there awkwardly–she was always self-conscious as to her posture and so had to direct a large amount of energy into not constantly pulling up her pants and correcting her posture and cracking her neck and fidgeting with her hands knowing that people were watching and that these visible actions would appear stranger than her appearing slightly uncomfortable without a podium to hide behind, but as writers so often are categorized as being socially awkward anyways, why not use the image as a form of conviction and instead of aiming to be extraordinary, just aiming to fit the frame that had conveniently been created for her, frames also being beautiful and rhetorical and consoling on occasions when it is more accepted to give into one’s discomfort rather than try to correct it in an abandonment of virtue toward, instead, characteristics like charisma and likability–she realized the impossibility of this question, that what he was really asking, or assuming, was that she did enjoy writing and that she was partaking in this quaint hobby because she already enjoyed a life of being able to let the air out of her lungs whenever she desired and that she wasn’t constantly on the verge of breaking down and giving into the creaking of her floorboards and wedging her own body down there beneath them to dull the creaking in the middle of the night and that she didn’t believe in God but instead, in the power of the word in a way that allowed agnostics to hold the kind of faith that Abraham held, and that she might have some kind of insight on how to more fully enjoy one’s life and to embody the beauty of the sky as she sat down each evening to write. In all those assumptions, she felt herself getting tired. She didn’t want to answer the question but she was more afraid of the potential shame that would come from giving an incorrect answer, and so her eyes shifted around the room, resting briefly on a little girl in the bookstore, seated on a tiny chair made only for tiny people in the “children’s corner,” happily and visibly enjoying the activity of flipping rapidly through a large book, almost as big as her body, and she thought back to her own childhood and knowing that readers love sentimentality and nostalgia, answered: It reminds me of reading with my mother, the stories she used to read to me and create for me, and so the narratives I create now are like a way of being closer to her, creating a ghost to properly haunt me. The man smiled and nodded and she released the air that had been building up in her lungs this entire time, felt the whoosh of capability, and the expectancy that had been buried in the heart of things, the details of her own journey to this point hazy and as genuinely unreadable as the manuscript she was attempting to finish now.

She hears the sound of Lazslo’s feet walking across the floor and her knees start to shake, wobbly, as if heavy from someone larger than her resting on her shoulders, her head remaining rigid and she a participant in some unrecorded ritual. She knows all too well the feeling of constant fear, the suffocation that comes with the arrow-slits of sunlight that make visible the dust particles in the empty space of the room and the enormous last deep breath she has to take before the next last deep breath and then another. She thrashes out her arms because sometimes she finds it easier to think with her body rather than with words and so, dips her pen into the murdering sky and thinks on her mother, thinks on the parents she was given to after the hospital, thinks about the room in the old church where she was kept, sometimes in the dark, a single black rosary as her only companion. She thinks about the spinning wheel to contain it, to produce it. Father, mother, and son were once more than one, and the son had not awakened yet, but will be awake soon, in one form or another. The daughter, of course, is not part of this equation and inhabitation is a word saved for depravity or monsters and as she contemplates the meaning of conversation, she only remembers silence and can feel her fingers fluttering in the air, her eyes closed, time passed out on the surface and with the warmth of the sunlight on her hand she starts to mouth something, a sentence, she exhibits herself waiting and blinks as if in the face of an oncoming car in the middle of the night.

One decisive factor for the panic today is that she has agreed to attend a dinner tonight. Her editor had advised her that it would be good for her image, to emerge from her cave a little more often and that it would help her work be in better dialogue with the conditions of the world. For her though, her face still staring at the brightness, the effect of such belated bendings is inconceivable.

She knows this manuscript is unreadable and she doesn’t know how to remedy that situation and she also knows that she agreed to attend the dinner because she won’t be meeting her deadline and she wishes to maintain the image of complacency. One of her worst fears is that she might be labeled as “difficult” and like the memories she also works hard to keep buried, her inability to connect intimately with anyone is also something she tries not to make visible. She can’t tell if it is hot today because she doesn’t know how to interpret the sweat beads on her arms.

Like so many others, she does not know how to escape her own skin. That feeling of a necessary and precise disjunction from the body in which one is contained, inspected, exigent. She does not know how to leave for just a few moments in order to allow her body to remain in its anxiety as just flesh without the wounds of a heart that are incapable of resolving themselves, that sense of utter despair that comes from a life of Yes please. No. I don’t know. Perhaps. In an effort to open up some kind of true osmosis with the world at large—she wants to feel the wind inside herself, not just her skin, she wants to absorb her own tears back through her eyeballs and take one good deep breath as her/not her—she carves tiny pieces of flesh out from beneath her fingernails, that part of the tip of the finger where the skin is tender and hidden and accessible and though she screams each time she pushes the blade downward and though it is inexact and sloppy, the blade hardly small enough for precision cutting beneath a growing fingernail, for one generous hour she is the one inflicting the pain on herself, just her fingers, and she can in fact, feel safe from the crowded caboose cars and buses, from the exigencies of walking down the street under a clear blue sky, from the sleepless nights stumbling in and out of dreams that are as much about escaping yesterday as they are about escaping tomorrow. She lies down in the bathtub, the hot water hugs her skin so fully and completely, all of her crevices feel warm and penetrated and she can feel the water entering her body through the punctures beneath her fingernails at the same time she can feel the blood leaving outwards from her fingertips, and in this way she can seep in and out with the world for a brief moment and relieve herself of the intensity that builds up inside a body that refuses to yield itself to the constant negotiation of the eternal street and she can color the water red and redder and muddy and the success of death can meet the failure of life in this elegant dance of red around a body submerged in water, the body controlled by an overwhelming feeling of being suspended and the water that is hot and which slowly and ever so gradually cools with the passage of moments or with the intensifying of red and awareness of self. The bathroom light flickers. She does not notice and is already somewhere else, the desert perhaps, is already in transit, is already and simply not here, and really, that is all she has ever hoped for. 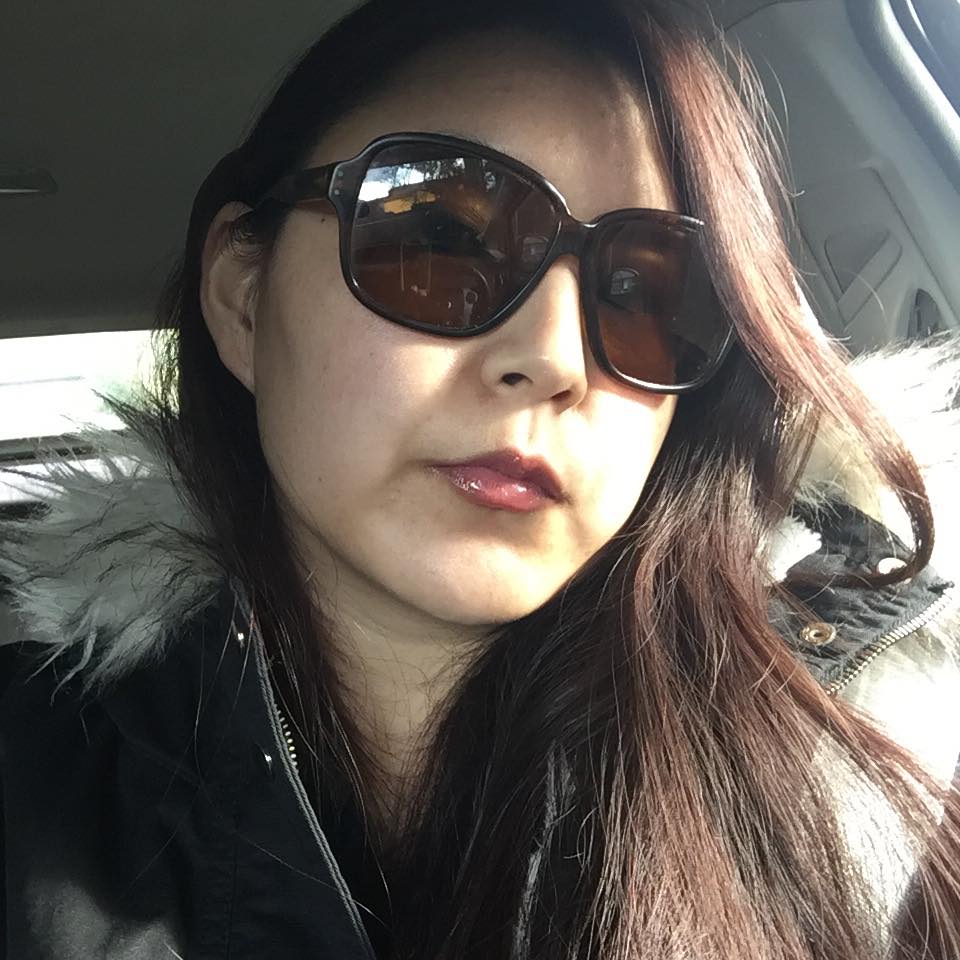 Janice Lee
Janice Lee is the author of KEROTAKIS (Dog Horn Press, 2010), Daughter (Jaded Ibis, 2011), Damnation (Penny-Ante Editions, 2013), Reconsolidation (Penny-Ante Editions, 2015), and The Sky Isn’t Blue (Civil Coping Mechanisms, 2016). She writes about the filmic long take, slowness, interspecies communication, the apocalypse, and asks the question, how do we hold space open while maintaining intimacy? She is Founder & Executive Editor of Entropy, Co-Publisher at Civil Coping Mechanisms, and Contributing Editor at Fanzine. After living for over 30 years in California, she recently moved from Los Angeles to Portland, Oregon where she is an Assistant Professor of Fiction at Portland State University.