If you enjoy military books, you’ll likely find the following article compelling. If you find common military books a tad boring, one-dimensional, and jingoistic, then you—dearest reader— may have an unlikely friend from a corner of the Great Bookshelf.

The wars in Iraq and Afghanistan are old news. The big memoirs have come, cashed in, and are gone—usually expanding to t-shirts and conservative social media. But the conversation about its veterans is far from over.

There is a veteran image we see time and time again. It’s apparently the most marketable in the book and, quasi-incestuous, movie business. Peddling this image requires two things; one, the embellishment of certain components (rugged, patriotic, stoic, selfless, proficient, rough-around-the-edges but with noble intentions), and secondly, the omission of other components (atheistic, homosexual, sex-crazed, politically-indifferent, sociopathic, immoral, anti-social). Some of you, right now, are surprised to even read some of these attributes being associated with the best and the brightest. Others are nodding in smirking agreement.

While at first appearance this whole sha-bang seems harmless enough, the omissions thing really got to a lot of us veterans, readers, and especially veterans who happen to be readers, after long enough. The formula was rather simple: a lime-lighted veteran lent their name and experiences to a talented, industry-savvy ghost writer. And that was it. Boom. Murder she wrote—or rather wisp-thin, socio-political manifesto they wrote.

Nobody owns the whole war narrative. However, throughout the years of writing for and interacting on military-oriented social media—and meeting other Global War On Terror vets—aaaand the occasional rallied, barroom blackout celebration; recurring themes have presented themselves.

Consider the following: In my platoon, a guy joined the military as a plea deal agreement to avoid a felony conviction. In this same platoon was a guy divinely inspired by God to be a warrior for his nation. Strangers prayed for both of them. Both were sent care packages from the occasional, warm-hearted celebrity. Both men fought the exact same war and risked their lives wearing the exact same uniform. But while books and movies have come out in recent years to extol and retell the plight of the armed nationalistic Baptist, very little has hit the blotter to explore the other guy; working out criminal charges on Uncle Sam’s frontlines. The closest we really got was a nod toward these unorthodox personalities as a means to flesh out the background.

But, no. No! Those dark horses aren’t an aberration of military culture. That man or woman with the checkered past and agnostic views is the tip of an iceberg ranging in the tens of thousands—maybe hundreds of thousands. This is important, not just to literature, but to a better understanding of who populated the wars, what defined this generation in ways not always suitable for prime-time.

What this means is the reader/consumer in some undeniable ways has been lied to. Fiction and Non-fiction are separated for a reason. I’d be willing to bet when someone purchases a book on military life labeled “non-fiction” they’re wanting a peek into that world. Not a fantastic story, sown together to appease a demographic, but a harsh corner of reality.

On the other end of the spectrum is the sparse confederacy of promising veteran authors. On the front cover of their novel, explaining that war is hell, the only name seen is their own. They can be found occasionally in the New York Times, Wall Street Journal, and promoting one another’s work on Facebook. While anyone who values art for art’s sake would prefer to impact in this camp, an issue proliferates throughout this work too—one entirely different in structure, but essentially the same in nature as the aforementioned. There is, what at least appears to be, pandering to the ideas of the Reluctant Warrior and the inevitable enervation war has on those who participate in it.

A friend of mine who is a combat veteran and enjoyed some mainstream writing success once told me, “Dave, you want to be successful in the book business; write for the female audience.” This was somewhat echoed after No Joy was turned down by a few acquisition editors. The collective feedback was one big jump-kick of exhilaration followed promptly by a leg sweep of access denied. The content itself was praised. Yet because it was . . . the exact words were . . . “dripping in testosterone,” publishers found it too risky an investment.

It’s that norm that drives the latter group of authors. Has to be. Make the work accessible, cater to ideas that are both sane and profitable, and by doing so make it . . . “feminine-approved.(?)”

Of course, stories should be accessible. The greats; every reader finds aspects of the narrative relatable. I find it very hard to believe, however, female readers are any more interested in being lied to than their male counterparts. Washing tales to hone in on what some perceive as feminine, and frantically sweeping under the rug all the macho rubbish isn’t for the women, it’s a recreant’s dodge foolishly mistaking female readers for squeamish readers.

Some of the celebrated, on-the-rise combat veteran authors; they know it. They have to know it from being there. Even if they themselves didn’t fit into the ranks of the savage, they saw them—sand in the mouth, modern day gladiators and pirates.

It’s this exact culture that I aimed to present, in full; no filter. No trying to change the world here, or pen the next great American novel. The genre simply deserved to be approached from a different angle. Using personal experiences seemed the best starting point. Anything to serve as a counterweight to those strategically-omissive tomes saturating the shelves; festering in both the loser-pile and the bestsellers alike.

Not all who go to war do so with a passive heart, or for god, or even for country. There is a place for this narrative. It won’t please everyone. Art never does—but as my divinely-inspired, former platoon mate would have said; hallelujah for that.

Click here to get David Rose’s NO JOY: A Recon Marine’s Tales Of (Self) Destruction 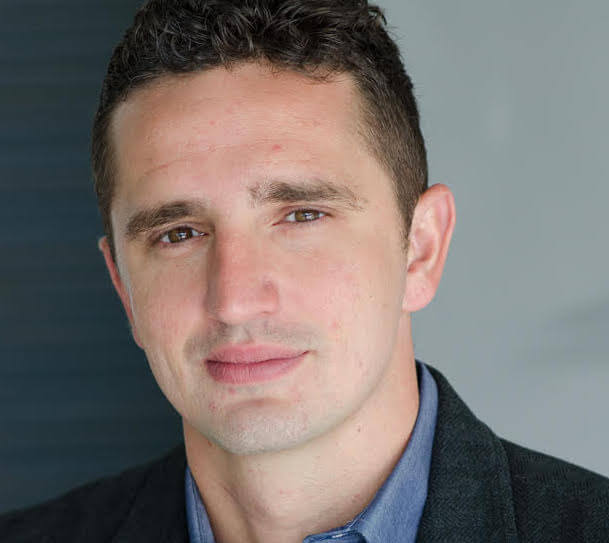 David Rose
David Rose served as a Recon Marine in the Iraq war. He holds a masters in philosophy from the London School of Economics, and contributes to the formidable military-subculture blog; OAFNation. He is the author of the debut novel No Joy, hitting shelves as we speak.