Wrap everything up in the same exact wacky Rudolph in a speedo wrapping paper but don’t write anyone’s names on the tag so when somebody looks disappointed when opening a gift from you, you can take the sex doll back from them and say, “that’s probably not for you.”

The ‘X’ in X-mas is derived form the Greek word for Christ, Χριστός; and get this, ’mas’ is Latin for Massachusetts, it looks like. All abbreviations, pal, no one is trying to take Christ out of Christmas by using an X. They’ve been calling it X-Mas since the 1600s. Christ was a Greek dude from Massachusetts who was born sometime in the 1600s.

Hire three people to go to your bosses’ house on Christmas Eve and have these three people take your boss on a psychedelic journey through his/her past, present and future and at dawn when your boss finally comes down from the drug cocktail, you’ll be outside the window down on the cobblestone street when your boss bursts open the window and yells, “You there lad/lass! Take this golden coin and buy the finest goose! Merry Christmas!” And ha, cool, catch that wonderful gold coin, you get to keep this awesome gold coin, and now your boss won’t be such a fucking asshole because they’ve expanded their mind, man.

Run into a church for midnight mass and scream, “QUICK TELL ME EVERYTHING! I’M NEW!”

If you have the time and money, wrap yourself and everything you own in colored lights, tinsel, garland, plaid bullshit, hot glued pine cones and red dumb cardinals, glass ornaments, sharp metal ornaments, poly propylene ornaments, fake snowflake crap, angels holding hot candles on the tippy top of all your highest most flammable places, hallelujah, amen. Praises be our local volunteer fire department.

Wander the streets aimlessly, and each time you pass a stranger, mention how Die Hard is really a Christmas movie and if they seem surprised by that obvious fact, also point out that society is consumed by commercialism, racism, and sexism, this will be a surprise to them too. Yipppeee Ki Yay, motherfuckers.

Maybe Egg Nog makes you vomit? Regardless, did you know some people call it Egg Milk Punch? Get the hell out of here … Egg … Milk … Punch.

Don’t mock your husband or wife if they order any of the 1960s claymation Christmas movies in hi-def, rather than standard def from Amazon Prime streaming. Just shut up about it. Pay the $7.99 instead of the $2.99 and STFU. Don’t lose your mind that they thought Frosty the Snowman needed to be in purchased in 3-D surround sound 4K, whatever that means.

“Loki tricked the blind god Hodur into murdering Balder with an arrow made of Mistletoe, being the only plant to which Balder was vulnerable.” Niiiiiiiice. This holiday season feel free to wear a headband with a Mistletoe dangling in front of you on a stick and make out with every good looking human you come across who is willing. Also feel free to kill Norse gods with your magical X-mas plant, have at it.

If it snows on Christmas make a snow man and a snow woman and let them decide if they are going to have snow children, do not interfere. Remember, it is none of your business what they do with their snow bodies. If a snow man falls in love with a snow man, that is a beautiful thing. If a snow woman falls in love with a snow woman that is a beautiful thing. If you feel the need to dictate what snow men and snow women do with their lives and their bodies, I hope that they come for you in the dead of the night, I hope they crash through the walls of your peaceful fire lit home with the stocking hung by the chimney with care, I hope these snow people descend on you as one cold and unstoppable force, attacking you in your warm bed with their corn cob pipes, using their two coals for eyes as projectiles, and finally, those carrot noses, right shoved through your bigoted brain.

Christmas Carols were originally pagan songs, sung at the Winter Solstice celebrations in nasty miserable Europe around 1700 B.C. as people danced around stone circles like Stone Henge and it was probably raining stinging horrible freezing rain on the druids and the druids were probably bitching that it would be nice if somebody got born quick-like that everyone could worship, because the Winter Solstice celebrations always sucked, having to stand around in the cold and sing Pre-Jingle Bell Rock in some unknown language that even Wikipedia doesn’t have documented, forever lost to the passage of time.

Bake a ham in the oven. Unless you’re vegetarian or vegan, then bake something else you like. But if you eat ham, please bake a ham. Many people don’t know how much the ham industry is struggling. The ham industry needs our support this Christmas. Literally fucking no one is baking hams any more. Everyone at the ham factory is losing .. everything. The ham workers are losing their homes. The ham workers have lost all hope in us, and rightfully so.

Johnny Cash sings a really good version of Blue Christmas. Check that out.

While enjoying some quiet time plastered in front of the Yule Log TV station this Christmas, just remember all the good people in your life who were here for you throughout the year, but cannot be here with you right now because they are in jail, or the hospital, or — oh fuck, dead. This last pitcher of Egg Milk Punch is for my homies burning in Hell. Miss ya, Merry Christmas, ya filthy animals.

Still!  Wake up on Christmas morning like you’re six years old still, banging pots and pans, to make everybody else jump out of bed.

Force them all to come hang out around the goddamn Christmas tree at 6am!

And force them all to love you!

Get in their face about it. Be really aggressive about it. Love! Fucking love! It’s Christmas for the love of fucking God!

It’s 6am and YOU WILL LOVE ME!

AND I WILL LOVE YOU! 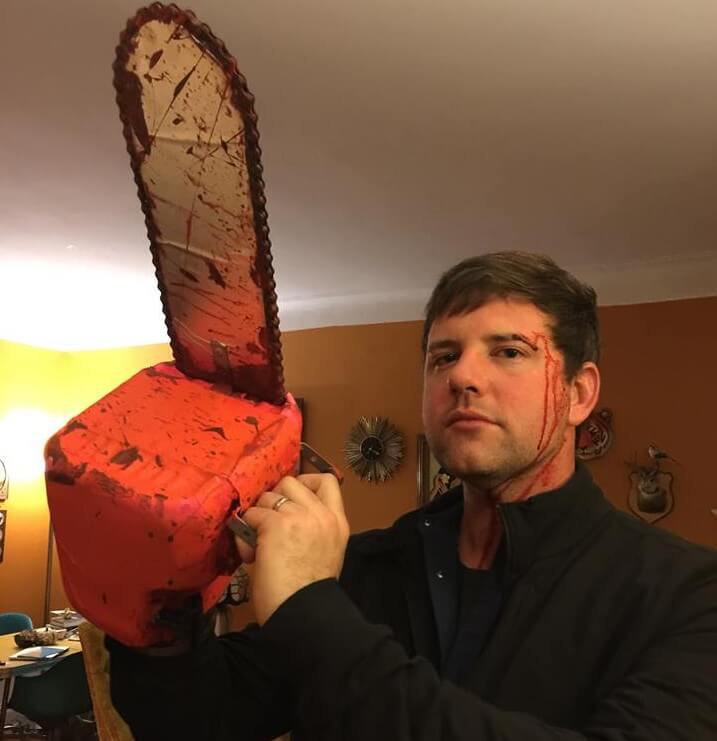 This entry was posted in Featured, Mumbo Jumbo, Non-fiction, Self Help and tagged Bud Smith, Christmas, How to, list. Bookmark the permalink.