I’ve been drawing a lot lately. Which means using various markers. Which of course, means appreciating the high of each type. But if you’re like me, and you should be, you like getting high off markers, but often feel uninformed about the process. ‘I don’t know a thing about aroma or proper fume inhaling distance, etc,’ they all cry. Well, i’m here for you. Let’s take a look at some of the markers and their flavor identity, so you can step out of the shadows at your next dinner party and really impress people.

This right here is your go-to. It’s the six pack of pbr. It’s what the workin man reaches for in a huffable marker. The smooth chemical scent says, ‘Take it easy man, work’s done for the day.’ Notes of elderberry with just the right amount of freshly simonized hallway aftertaste to keep you satisfied. A full bodied fume with light herbal undertones. The high is–as expected—light, but reliable. It’s more for a ‘kick up your feet and watch some tv after work’ type high, as opposed to ‘out for a night on the town’ type. Insider’s tip: for a more ‘up/social/talkative’ type high, go for the red one.

This is the meat and potatoes of the party. This ain’t no little kid’s marker. This one’s for gathering around the big game or just a girls’ night out. High floral notes with a malty underbody. This one’s sure to get your motor going. Highly advise easing into this high as it can catch up with someone and then soon enough you’re talking to your grandma’s ghost as she blesses you with little gold bugs that invade your mind and line it with foil. Proper technique: Don’t just hold it up to your nose and whiff away like a dog. Make tiny figure eights in the air roughly half a foot from your face, chisel tip pointing up that it may add a low finesse to the aroma.

Paint markers are the monster trucks of the huffing world, in a way which I will not explain for fear I don’t know what i’m talking about. Paint markers offer the same nose-itching rush of a sharpie, but with a higher sense of craft, much like a good IPA. To the uninitiated, the heavy industrial scent of the paint marker can be daunting, but it soon becomes inseparable from a good huffing experience. There is a fruity undertone with a perfumy ‘in nose’ finish. The high is markedly different from your grandpa’s markers. Because, quite simply, this ain’t your grandaddy’s marker. One finds him/herself initially euphoric, a sense that everything is right in the world, one’s self included. This feeling slowly transitions to a more heady/downer type high in which the user feels paradoxically ‘floaty’ and ‘pinioned.’

This is the crack-cocaine of the marker world, touching the sun with a good hit, then back to terra-firma in need of more. What it lacks in aroma it makes up for in punch. A good, heady high. Perfect for sitting on the deck during a storm and contemplating life and shit. I remember the first time I tried this type of marker, it was a vision quest I went on in the rainforest. I had to consult a local shaman who brought me to a JoAnn Fabrics and told me to buy the silver metallic paint marker. We then retired to a small hut in the woods where we ceremonially disrobed and played tic tac toe with the marker until the effects set in. Quickly, I became aware of myself not as who I thought I was, but instead, as a wild boar. The entire universe sprawled out before me as a set of math equations and coloring books. Insider’s Tip: Have a regular Sharpie handy to ease the abrupt comedown.

Making mistakes has never been this productive! The white-out pen carries a delightful licorice-y overtone, with a piney aftertaste, perfect for a company picnic or baseball game. Nietzsche once said, ‘the mistakes of a great man are worth more than the successes of a small man.’ And man I don’t know, but let the mistakes roll! Goes well with crackers and cheese. 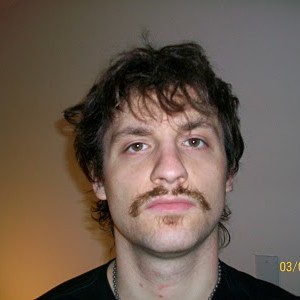 Sam Pink
Sam Pink is the author of Rontel, The No Hellos Diet, Hurt Others, I Am Going to Clone Myself Then Kill the Clone and Eat It, Frowns Need Friends Too, and the cult hit Person. His new book Your Glass Head Against The Brick Parade Of Now What is amazing and available here.  See his drawings here.