Eat the Flowers is a collection of poems, aphorisms, and essays. These texts speak of care, fascism, pain, animality, socialism, art, and language. This book is available at a pay-what-you-can price. You can buy it here, and you should. For now you can listen to this excerpt by Ken Baumann. He is a nice guy. Thanks for reading this, Ken. <3

what is the magnitude
of a punch

of a knife
in the gut

or else find
many flowers,
crawl on my belly
to near them
and smile at their stems
like an idiot acolyte
of quiet

I’ve got an idea—
this’ll solve it:
grab the knife
with me
and we’ll seek
so thoughtfully
our hearts

it is permissible
to eat
the flowers

What Pain Can Do

I felt the most severe pain of my life in a very small room. This room is in a hospital. I was in this room because I had an abscess on my psoas, the muscle which wraps from your lower back over your hip then down to your inner thigh. The abscess had formed and been filled by a trickle of gastric juices and pus leaking through a hole in my small intestine. The abscess had to be drained, hence the very small room.

Two people were responsible for this work: an old, gruff doctor, and a young, earnest doctor. I was on my back on a small surgery bed. The procedure required threading a metal wire tipped with a camera through my abdominal wall, then down through my abdominal cavity and into the abscess. I was told by the young, earnest doctor that the procedure’s pain would be “mild.” Before the pain became severe, I noticed a dynamic between the two doctors: the young doctor, who began the threading work—which involved a great deal of pushing, angling for more leverage, and sweating—hadn’t performed the procedure before. The old doctor, frustrated by my behavior once the word “mild” had exploded from my memory, and disappointed by the young doctor’s lack of efficiency, took over. The old doctor’s strength and experience did not lessen the pain, though might’ve reduced its duration—along with the morphine.

About the pain. I’ll first describe it clinically, as if I were a camera. I began to sweat everywhere after a flash of heat lit my skin (the whole organ). I lost the ability or will to control the movement of my eyes, which rolled around the room. My eyes also streamed tears, though my face lacked the grimaces and spasms which normally accompany them. Finally, I moaned. They—the blur—asked me my pain level, one through ten. I said ten because I lacked the facility to describe this pain, which dwarfed the concept of number. An analogy for what the pain felt like: shine a powerful flashlight directly at your face. Now move the light in, keeping your eyes open. My body—and so my mind—felt like the confluence of light and eyes: stunned; engulfed; wide open; opaque.

Another analogy: imagine consciousness is a person walking down a wide road in the country. The width of the road is the extent to which the body’s rhythms maintain it as a whole. Consciousness may walk whatever path seems best, zigzagging the wide road as they proceed down—but they always proceed down the road. Their walk does not pause, though its speed changes frequently. Severe pain is like an endless brick wall which appears just in front of the walker, so close that they necessarily collide with it. The wall cannot be walked around, and cannot be climbed—but the walker must walk, and cannot go back. Consciousness, then, is left to slowly push against pain, grinding against its seemingly infinite reality. The constant encounter abrades away the width of the road, leaving the walker only one point of futile contact and nowhere else to go. Severe pain becomes a dull universe, featureless and unimaginable as otherwise.

Yet there is a moment in this analogy worth examining, because it is real. When the walker collides with the wall, they recoil. This is, amazingly, the only time the walker may step back. Consciousness, in the first moment of encountering severe pain, is radically altered. This was the case for me in the very small room, and I wager this is the case for most who’ve met the wall. In this step backwards, consciousness is granted a distance from pain, thus a perspective. And, like the stunned walker, consciousness is granted surprise, thus an openness. In other words, consciousness before severe pain achieves a novel state. This state is simply what it is to feel like a non-human animal.

I’ll say more. In the small room, my mind was fragmented and displaced into my body. More precisely: my mind became cloudlike, became a fog that spread into my skin, my scalp, my chest, my guts, my bones. My mind even made it into my feet. I was still thinking, but this thinking was much more akin to feeling, like my state while listening to powerful music. My thought in those moments of pain was raw, alert, and unconditioned by concepts. I was distressed, but this distress melted away with the first payload of opiates. That moment, to the best of my judgement, is what animal living is like.

I have tended to animals, which means I have tended to death. I want to say that dying is no challenge for animals (as distinct from a stress); perhaps I must believe this to make sense of the killings, but I do. And I want to relate the death of a non-human animal to its life, as in a continuum. The animal in its living is not separated from death. No concept or trepidation intervenes. The openness and perspective of the animal—the distribution of consciousness throughout its body—gives the animal a life without dread. This locality and readiness of mind bars to the animal a notion of the past and a notion of the future, as distant and distinct territories. We purchase these notions at the price of an ease into death.

I am not judging one way of being as superior to another, nor am I concluding that animals feel and think homogeneously. What I am saying, with a faith privileged by experience, is pain is a lens into life more broadly understood. And that the calls from shamans, sages, and philosophers to live without the skein of language can and should be taken seriously, not as an invitation into a pre- or unconscious nirvana, but as a challenge to the moral certainty of a life with a past and a future.

That there are passages into other ways of life, passages in the unexamined places. That they take us further in. 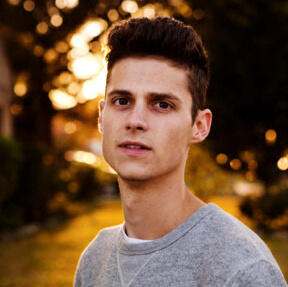 Ken Baumann
Ken Baumann lives in Santa Fe, New Mexico. He wrote the novels Solip and Say, Cut, Map, and a book about the video game EarthBound. On the weekends, he runs Sator Press, a nonprofit publishing company.