It wasn’t until I filled an ice tray yesterday that I understood what it was to be sad. It was a deeply saddening experience and I wanted to know more. I wanted to be a scholar of it. Investigate it. In fact, I’d pay to see a stranger fill up an ice tray. The sheer ritual involved in filling up the tray is so rich in idiosyncrasy that it’s possible no two people fill up a tray the same way, much like a fingerprint. Cops will soon have access to your filling ritual, filmed by your own freezer, and they can tap into your freezer’s feed when they need to make a positive i.d. “Bill, go run this guy’s i.d., he looks like a spiller.”

So I’d opened the door and was looking at the ice tray and noticed it was low. I banged the remainder into a bowl and placed the bowl in the freezer and set to filling the tray. Sometimes I vary my ritual. Sometimes I let it go in one spot until each compartment is filled. Sometimes I go from side to side, trying to favor each compartment evenly, following the grid. Sometimes I get artistic and tilt the tray at random, letting the faucet pour upon the tray like a mallet striking a marimba, which is the official music of ice cubes. But most often I leave the tray in the sink with the water running while I attend to something else, like refreshing a page somewhere.

“Yes darling, after you refresh my page. It’s been three minutes since the last notification. Another Ramos, I presume?”

Sometimes I am scared of ice cubes nestling in a highball glass. It’s not quite the best phobia but it’s enough to make me jump. They hiss, they pop, they crack: is there anything remotely good about the way an ice cube sounds? They treat us like an angry cat would. And if you’ve ever heard an ice cube purr, I recommend immediate therapy.

But I’m more afraid of refreshing a page. Sometimes it seems like a job you’re doomed to. They should update the imagery of Sisyphus to an arrow trying to eat its fletching. Or to an image of a middle-class stooge solemnly pressing F5 . Sometimes I bow in deference to the refresh. It controls me. It guides my every move. In the meantime I literally twiddle my thumbs and make strange shapes with my mouth.
Sisyphus buffering. Endless suffering.

But that’s not what I’m most afraid of. I didn’t mention earlier that my ice tray makes sounds of its own behind closed doors. Ice is known to speak in drinks, but rarely when it’s forming. I’ll hear a clenching, slow and hard, seizing control of the freezer. It sounds like an unimportant person drawing attention to itself, a douchebag making a toast no one wanted to hear. It’s just the making of the crystal. But it makes me wonder about the making of almost anything, up to and including our contemporary planet.

But that’s when I went through the existential moment. I knew the vagaries of my tray and knew it would later make the sounds of an unimportant person. I knew I was going to forget my senses and then remember them and then forget that I knew them, which was the basis for most relationships I had. And I acknowledged the basis of my relationship with the douchebag ice tray, and I acknowledged the sadness of my life, and the tray was full so I cut the faucet and walked backward to the freezer door, which had been open the entire time, while knocking it a little more open with my left elbow, not spilling a drop, and did a deeply saddening but efficient spin move I’ve never shown anyone, and gently placed the tray in the freezer. I knew that that, all of it, was sadder than anything, worse than bombing. I sat down on the futon and looked at the fridge and waited. 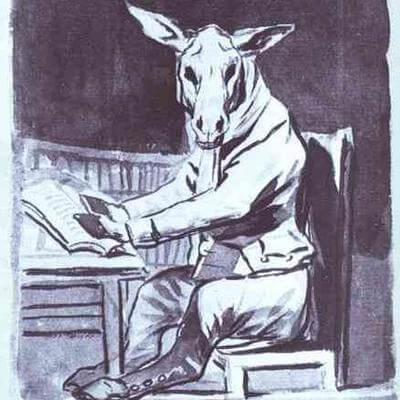